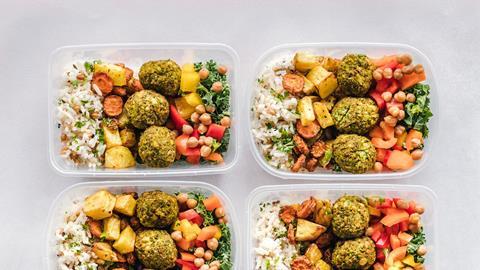 You can’t blame grocery for following the herd on ‘health’

The answer is a moveable feast, to say the least. While the industry makes constant concerted efforts to nail it to the table, it does so with varying degrees of success.

The ‘Healthier Choices’ chillers in Morrisons, for example, included a veggie slice with nearly half of the recommended daily limit of satfat, reported the Beeb. It found a similarly fatty hotpot in Tesco’s ‘healthy & diet meals’ section, while an own-label smoked meat alternative marketed as healthy in Sainsbury’s was “more salty than seawater”.

That’s not a great look for those three mults – but the missteps (if you want to call them that) are understandable in the face of the fact more and more people are cutting down on meat for health reasons. Ergo, veggie and vegan options are today’s ‘healthy’ choices, and focus must be on keeping meat out of the picture while other factors are paid less attention.

It’s an illustration of how much grocery businesses are slaves to healthy eating fads. If the UK food system truly is contributing to a national health crisis, as analysis by the Food Foundation claims today, then it makes huge sense for shoppers to be always on the lookout for the next big thing that’s best for them.

Which means grocers and suppliers need to be hip to health and cater accordingly – even if, sometimes, it seems they can’t do good for being bad.

Look to the bread category for another example. When carb-phobic punters turned their backs on white sliced, bakers turned their efforts towards trendy salubriousness, adding ancient grains and super-seeds, ramping up protein and giving gluten the elbow. And what did they get for their efforts? A Daily Mail article today questioning various loaves’ health credentials, that’s what.

When it comes to healthy food, there’s no panacea, no magic bullet. That said, suppliers can make matters easier for body-conscious shoppers through clearer front-of-pack labelling (Kellogg’s RXBar being the ultimate example), while retailers’ merchandising needs to be equally transparent (while bearing in mind the risks of creating a fragmented, even confusing, shopper experience).

And they can all invest their considerable influence and funds in more research into wellness (like Nestlé’s involvement in Switzerland’s Future Food Initiative) and educating consumers about making the right choices.

We should accept, however, that the UK’s supermarket shelves will always reflect the latest wellness craze sparked by hip eateries, social media influencers and charismatic TV cooks.