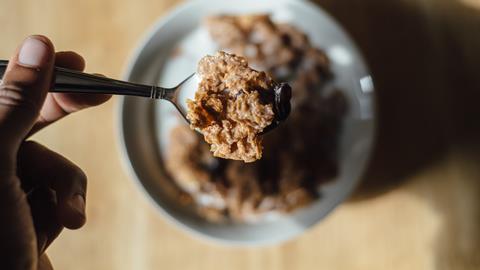 The High Court has given Kellogg’s legal challenge ‘short shrift’

Kellogg’s legal challenge to forthcoming restrictions on high fat, sugar and salt promotions threatened to send Westminster back to the drawing board with its plans.

That’s one less thing for the new health secretary (whoever that is) to worry about, after the High Court this week rejected Kellogg’s arguments following a judicial review.

Kellogg’s argued cereals should be exempt from restrictions – which include banning HFSS products from prominent positions in stores and online from October – because they are usually consumed with milk, adding to the nutritional value.

The cereals giant also argued the entire clampdown should be declared “ultra vires” – or ‘beyond the powers’ – of the 1990 Food Safety Act, and that a further Act was required before local authorities could impose fines on stores.

In a third argument – which could have had knock-on implications for next year’s planned ban on TV junk food ads before 9pm –, Kellogg’s focused on the controversial nutrient profiling model (NPM) used to assess whether products should be included in the clampdown. Devised in 2004/05 as the basis for Ofcom’s policing of advertising aimed at children, the NPM had never been scrutinised by parliament for the purposes of its now intended application, making the HFSS regulations unlawful, it said.

All three arguments were rejected, in such a way that not only signals the rules will come into place as planned but also has “implications for challenges more generally”, says Katrina Anderson, senior associate at law firm Osborne Clarke.

Resoundingly dismissing the first argument, Mr Justice Linden said the notion the likes of Krave Milk Chocolate “somehow become healthy products if they are consumed with milk is wholly unconvincing”.

“The addition of milk does not alter the nutritional profile of the products themselves.”

More significantly for the prospects of other challenges, in dismissing Kellogg’s arguments the court made clear its view there had been ample opportunity for such objections during prior consultations.

In Kellogg’s response to a 2020 consultation on the regulations, “no issue was raised as to the use or application of the NPM”, said the judge. In addition, “the final judgement stated Kellogg’s had not responded directly to a 2019 consultation about the new regulations” notes a spokeswoman for the Children’s Food Campaign, which has welcomed the result.

That consultation specifically asked for views on the appropriateness of the NPM for definiing HFSS products, the court noted

Arguments over cereal and milk had been dealt with as long ago as 2005, the judge said. An FSA consultation on NPM at the time considered and dismissed them, noting “there will be people who eat breakfast cereals with different amounts and types of milk, such as whole milk, skimmed milk, soya milk or other liquids such as orange juice”.

The ruling “effectively closes down the possibility for future challenges on the basis that the nutrient profiling model is problematic”, says Anderson. “It also means government will not be forced to allow parliament to scrutinise the HFSS model.”

Jamie Cartwright, partner at law firm Charles Russell Speechlys, says the judge gave Kellogg’s “short shrift” and “went even further, outlining that the public health case for the approach under the regulations is compelling, proportionate and rational”.

Indeed, the judge’s response to Kellogg’s complaint location restrictions would cost it £5m in annual profits was effectively: good. The predicted loss of sugary cereal sales “directly correlates with what the government is trying to achieve”, he said. The unequivocal tone of ruling highlights “the inherent difficulties in bringing such challenges”, says Cartwright.

Kellogg’s does not intend to appeal but maintains its criticism of the NPM. “It makes little sense to us consumers will be able to buy other products, like donuts and chocolate spreads, on promotion – but not many types of breakfast cereals,” says Kellogg’s UK MD Chris Silcock.

“It was a key part of the pressure which made government back away from its most extreme and ill-judged anti-obesity measures,” he adds.

Despite dashing hopes of legally halting the clampdown, the ruling may not be the unqualified defeat it at first appears.