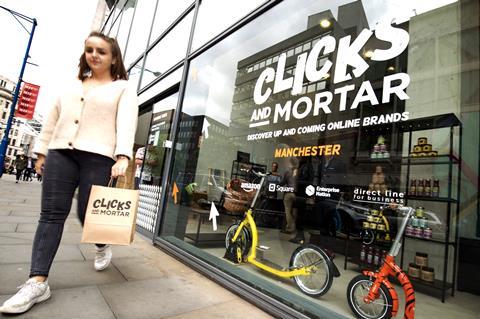 Startups being given a taste of life on the high street courtesy of online giant Amazon have been finding the going too tough to handle, The Grocer has learnt.

In June, Amazon announced it was launching 10 temporary stores in sites across the UK, in a ‘Clicks and Mortar’ strategy.

Amazon said the scheme was aimed at allowing its third party retailers to get a toehold in the high street and gain experience of ­traditional retailing.

At any given time the stores house 10 pop-up retailers who are given a two-week residency. However, though the pop-ups have been sheltered from business rates and have been paying rents of just £150 per week for the high-profile position in cities and town centres, some have failed to even make it through the two weeks.

Emma Jones, founder of Enterprise Nation, which is running the pop-ups on behalf of Amazon, said the trial had shown how tough it was on the high street. Far more thought had to go into how online business models could work together with a high street presence, she said.

“As part of the pilot, we are collecting data and the results will be available next year,” she added.

“The early signs are that the majority of smaller firms can’t always sustain even two-week pop-up durations, so we’re also looking to pilot a new concept store next month where online retailers don’t have to be present and can simply be part of a curated collective of suppliers.”

The revelation comes as Labour leader Jeremy Corbyn announced plans to give local councils the power to turn shops that have been empty for more than a year over to startups, co-operatives and community projects.

Jones said: “While we welcome the sentiment, we think the Labour Party should consider very carefully the high street and its relationship with online retailers because it’s a complicated issue.

“While technology is enabling more and more people to operate a successful online retail business model, the challenge of how to help them make the move to the offline world of high street retailing needs more thought.”