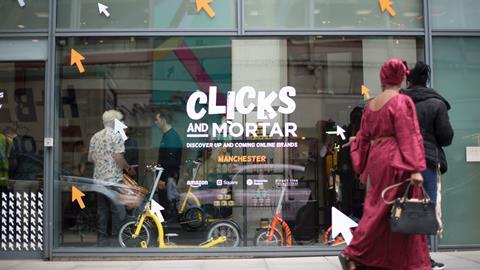 Amazon’s new UK pop-up stores will give third-party sellers the chance to sell on high streets. But is it just looking out for itself?

Perhaps Amazon was hoping Donald Trump might pop up to Manchester to witness its civic generosity in action, considering reports of a looming antitrust investigation in the States.

But some suggest the online giant’s plans to launch 10 temporary stores across the UK, which emerged this week, billed as its ‘Clicks and Mortar’ strategy, are more about diverting scrutiny from its operations on this side of the Atlantic, rather than helping its third-party sellers get a toehold on the high street as it claims.

Long branded the killer in chief of traditional town centres, and with growing calls, led by Tesco boss Dave Lewis, for a so-called Amazon tax, the online giant has suddenly declared its love of traditional retail. With these plans it is offering to help ministers find answers to the million-dollar question of how to save the high street - and it’s proving hard for some to stomach.

So what’s Amazon planning? What’s behind the move? Is it just a PR exercise?

Amazon launched its first pop-up store in Manchester on Monday 3 June. It says it wants to give third-party sellers a taste of what life is like in traditional retail, and in return reap the rewards of their better understanding of customers.

They had better make the most of it, though, as it emerged the expected lifetime of the pop-ups is just six weeks in each location, with 10 suppliers at a time in situ. Two-week stints will cost them a less-than-typical £150 a week each.

Around a third of the companies lined up to take part, in what either resembles a mini artisan department store or an episode of The Apprentice, are in the food and drink sector.

Jones hopes her contribution to the high street will have more longevity, though she admits this time the success may be more dependent on the dollars rolling in from Amazon than government backing.

“I really wish people could see through the idea of this being a publicity stunt,” says Jones. “The fact is that having third-party sellers gain what for many is their first experience of trading on the high street is commercially very astute. It’s bringing them face to face with customers for the first time and making them better at what they do, which of course in turn is good for Amazon.” 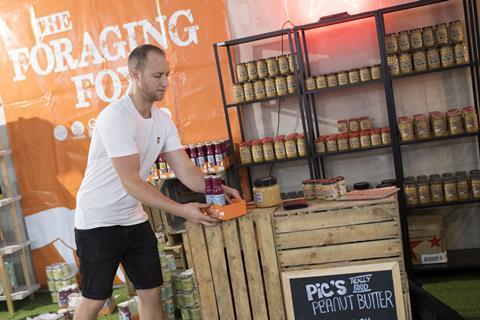 Jones admits giving these SMEs logistical help, including finding landlords willing to let short term for pop-ups, the use of state-of-the-art tills from fellow project backer Square, and even “a lady called Elaine” who makes the shops look nice, is not something most entrepreneurs could expect.

But she rejects criticism that the pop-up stars exist in a parallel universe to the rest of the high street. “There was a bit of angst from the other traders who would say, ‘When you’ve gone, we’re here for the other 50 weeks of the year’. But we try to make the experience as realistic as possible, even down to putting out their own bins.”

Jones claims around one in 10 of those involved in her previous pop-up ventures have gone on to try to secure physical space, and claims if Amazon’s project achieves such a figure it would be a “huge success”.

However, the man measuring that success, or lack of it, admits he “thought long and hard” about getting involved with the Amazon project, because of controversy over its high street impact and lack of enthusiasm for paying tax.

Didobi, run by former Local Data Company boss Matthew Hopkinson, will conduct research on how the pop-ups affect town centre footfall and sales figures (online and in store) for the companies involved, as well as suggesting ideas around the scalability of models across the UK. 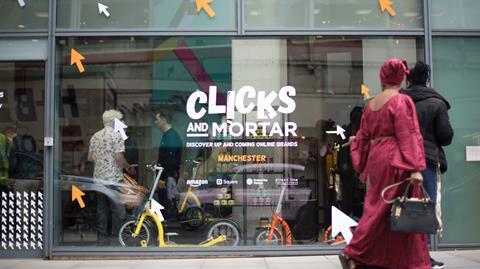 Jones says Enterprise Nation and Didobi decided not to bid to run the government’s so called Town Centre Task Force, because the terms of the tender lacked sufficient emphasis on areas such as “innovation”, “enterprise” and “small business”.

“But we do want to show government the evidence of how we can help the high street.”

Hopkinson says people need to put their feelings for Amazon to one side and consider the benefits of the trial.

“Let’s forget taxes and white vans - Amazon has a platform that works. They have changed the market and the fact is the consumer sees value in their proposition. So to ignore that would be foolish.

“I don’t see this project as having an Amazon shop on every corner. I think they appreciate that people want to have a closer relationship with their sellers, in areas such as the provenance of the products they are buying.

“My brief is quite clear: I’m going to tell them, warts and all, whether it works.”

Amazon UK country manager Doug Gurr, who also announced this week an apprenticeship fund for SME businesses with the aim of supporting 150 people in areas such as digital marketing and business administration, has a clear message: Amazon is doing its bit.

“Are we giving enough back? I absolutely think we are,” he told Sky News.

However, Patrick O’Brien, analyst at Global Data, says: “It’s hard to look beyond this being a publicity stunt.

“These pop-ups, and there are only 10 after all, are a fairly cheap, easy win, but I don’t get any sense they will look to roll this out at any scale.

It would certainly seem unwise to rely on long-term support from Amazon for the pop-up culture.

In March it announced it was closing its pop-up stores in the US, which previously sold Amazon products such as Fire tablets, Kindle e-readers and Echo smart speakers, as well as Amazon services such as Prime Video, Audible and Kindle Unlimited.

Meanwhile, there are other ways Amazon could finally commit to bricks and mortar in the UK. Will Amazon Go, its checkout-free grocery store concept, be rolled out globally, to follow the 11 stores already in the US? Will its purchase of Whole Foods Market in 2017 be the vehicle for an expansion of its physical presence?

It appears unlikely the Trojan horse will be 10 six-week pop-ups, whether they are successful or not. 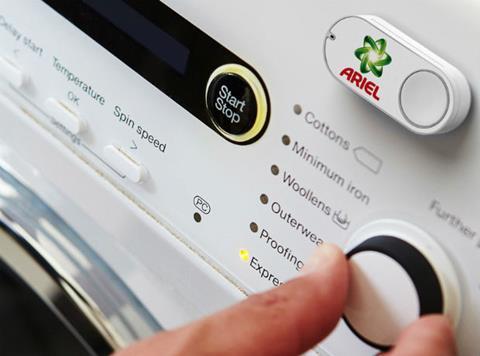 If the pop-ups lead nowhere, it won’t be the first time Amazon has launched a grand plan only to later shelve it.

Amazon Dash: The wi-fi connected buttons were launched in 2015, each for ordering a specific consumable, such as washing powder, and designed to be stuck on to the relevant appliance such as a washing machine. They were discontinued in March this year, following the arrival of Amazon-backed appliances that automatically reorder their own refills.

Amazon pop-ups: In the US, Amazon has experimented with pop-up stores selling its own products since 2014. In March this year the internet giant said all 87 were to close.