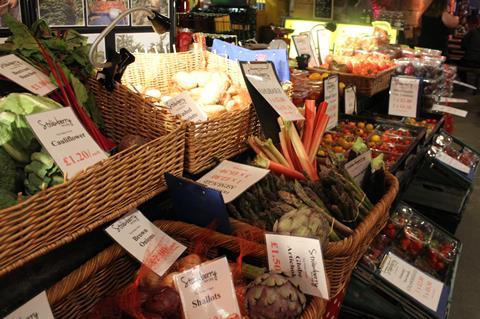 More than 60% of high street food markets remain closed despite the easing of lockdown, a new survey has revealed.

Research by Sustain, the National Market Traders Federation (NMTF) and the Farmers Markets Association, found markets were still shut across the UK, including Bristol, Edinburgh and Durham - with 35 closed in Kent alone - despite strong evidence they are safer environments than enclosed supermarkets.

While some local councils were trying to revive markets by waiving fees or rent for stall holders, one third of local authorities/landowners were still charging traders, the report found, with many still being charged whilst not being allowed to trade.

Markets that stayed open had followed supermarkets with social distancing measures: including traffic lanes, allowing larger space between stalls and offering hand sanitizer at entrances. Others have introduced contactless payments and asked customers not to touch produce to minimise contact.

“We have seen markets operating safely and successfully across the country with good social distancing, signage and support from their authorities, so councils and market authorities must reopen food markets as soon as possible.”

NMTF CEO Joe Harrison added: “This is a farce. The government must do something to address this anomaly. There seems to be strange notion that social distancing is easier in an indoor market, but from our observations that is not the case”