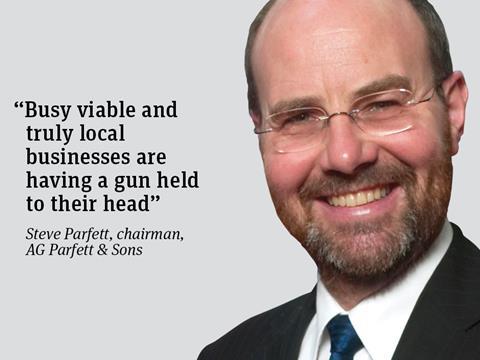 There are several requirements for a successful local community, and for me high on the list would be a pub, a church, a post office, a shop and a bank. As society changes, it is increasingly difficult to justify the last three separately, and every business has to consider constantly how it can evolve to satisfy new demands, hopefully without sacrificing the core of what the community wants and needs.

In this context, it is reasonable that Post Office Ltd needs to make changes to its network and offering, not least because of the pressures caused by government taking TV licences away and NS&I doing the same with savings products. Equally relevant is that the organisation had a number of sub-post offices where the postmaster was coasting to retirement or a pay-off with neither the ability or desire to transform a dingy counter and little else into a 21st-century business.

What I find difficult to understand is the way loyal progressive businesses, which are both the face and the future of the Post Office, are now being treated in this evolutionary process.

Busy, viable and truly local businesses, like my local CTN and sub-post office, which are already adapting by offering an increasing convenience range, are having a gun held to their head. As I understand it, the new business is one of crown offices, main offices and local offices. This store is having to accept fundamental changes in the form of a new contract as a ‘local’.

This involves major changes to the business, moving away from the ‘fortress’ type counter to counters integrated into the retail store tills, and insisting that Post Office services are available for all hours the store is open. There is an expectation that the store will make significant investment in further enhancing its offering. In return for this, the so-called ‘core tier payment’, which represents one third of the post office salary, immediately ceases with the pay-off of one year’s payment as a bonus. The business has to pay the costs of removal of the existing fortress with the Post Office paying for just a new counter. Crucially, most members of staff now have to be trained to Post Office standards, meaning youngsters from the local community working part time can no longer be accommodated.

No doubt Post Office Ltd has cleared these changes with lawyers, but I find it difficult to believe that imposing such draconian, unfair financial changes on the people you expect to be the friendly face of the Post Office is a recipe for success. The essence of the Post Office network of the future should consist of engaged loyal employees representing the business and serving the community - and such bullying is not the way to achieve it.