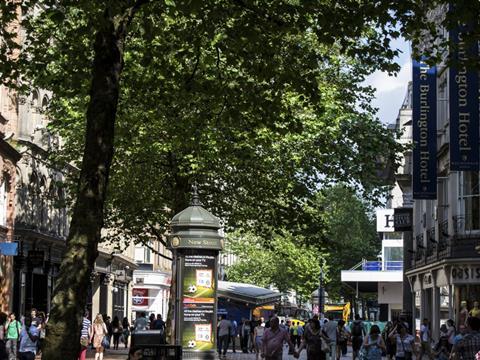 The government’s plans to extend Sunday trading will fail to boost the high street and ministers would be better off concentrating on reforming business rates, retail leaders warned today.

The Department for Business, Innovation & Skills earlier confirmed it was pressing ahead with plans to allow local authorities to relax trading laws, revealing that, of over 7,000 respondents to its consultation, the majority backed the move.

But business bosses warned of chaos with different approaches across the country, and ministers were slammed for basing their evidence on the impact of relaxation on results from Sweden in the 1970s.

“These proposals are unlikely to give retailers and the communities they serve the boost the government is hoping to deliver, said BRC chief executive Helen Dickinson.

“If relaxation is to be implemented, then it is vitally important that it’s done in the right way”

“Instead the government should be concentrating its efforts on finally delivering fundamental reform of the business rates system, which would provide much greater support to the reinvention of high streets across the country and particularly in areas which are struggling.”

The government said today it would “not dictate” what the Sunday trading hours should be in individual areas and said it was for local areas to decide.

But Dickinson warned of the danger of an “inconsistent approach” among councils.

“If relaxation is to be implemented, then it is vitally important that it’s done in the right way.

“We have been encouraging the government to only devolve these new powers to directly elected mayors of combined authorities in the first instance, in addition to implementing crucial safeguards including proper impact assessments, robust community consultation and an appeals process.

“These are vital given ‘zoning’ appears to still be on the table, which would could lead to consumer confusion and the potential for some businesses to be unfairly excluded.”

Meanwhile, the Association of Convenience Stores called on MPs to throw out the proposals. It launched a stinging attack on the government’s document justifying its plans for liberalisation, which cites a 5% rise in turnover as a result of a move in Sweden, from 1972 to 1989.

“The government is attempting to hoodwink the rest of Parliament into accepting these proposals by publishing only the parts of the consultation response that suit its agenda,” said ACS chief executive James Lowman.

“The voice of thousands of businesses, communities, shop workers and other organisations has been ignored. For the government to use figures from the 1970s to justify its decision on Sunday trading is frankly embarrassing. The government’s message on Sunday trading has become so confused that it is barely recognisable.”

“The government’s analysis does not adequately represent the majority of the 7,000 respondents, many of them small businesses which will lose trade as a result of the changes,” he said.

“Instead, it has drawn its conclusions from a minority of responses from local authorities and large retailers, the groups who stand to gain most from devolution. The broad and deep coalition against any change has been airbrushed from the consultation response.

“The Department for Business cites evidence from Sweden, where deregulation has seen a 5% increase in turnover. However, Sunday trading was liberalised in Sweden in 1972. This is desperate stuff, and shows that Ministers are forging ahead with an unpopular intervention using risible evidence to support their case.”

Melanie Leech, chief executive of the British Property Federation, welcomed the government’s moves but said they would not go far enough to save the high street.

“There are many problems facing high streets across the country, and the extension of Sunday trading hours has the potential to go some way towards increasing footfall and revenue for businesses,” she said. “If we want to bring about long-term change, however, policy must be taken further. Initiatives such as Town Centre Investment Management, although radical, have the potential to make a significant and long-lasting difference if adopted by government.”