The high street's future is social 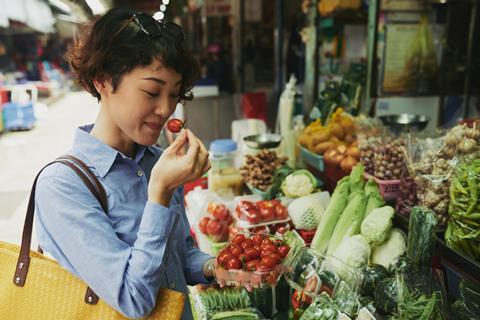 The stores that survive will offer experiences customers can’t get online, such as personal shopping, demonstrations and food samples

This week’s bad news from the UK high street was not the first and it won’t be the last. In recent months, as well as hundreds of retail store closures, several restaurant chains have been facing difficulties and are also pruning their networks.

So, is this Armageddon for traditional high streets? We think not. Despite the current gloom, some have a bright future. But they won’t look like the high streets of the past. They will have fewer outlets that sell pure goods but more locations for socialising and entertainment – and for formats combining different activities.

To understand why, first let’s separate two kinds of change. Structural shifts are bringing about long-term changes to the nature of business. But many of the recent impacts come from cyclical changes – short-term fluctuations due to the economic cycle and product trends.

Traditional retail is being affected by structural change. It used to be a simple business: Consumers went to stores – often on a high street – browsed products, then bought what they wanted. The first product categories to migrate online were those that were easy to choose online and to ship, such as books. More categories are going online now thanks to innovation. Choosing cosmetics is helped by apps that show how they look on your face; purchasing clothing has been made easier by try-and-return services; and ordering food is feasible because of improved delivery.

However, stores aren’t dead. Our research shows that consumers prefer to shop through multiple channels, including both online and physical outlets. Bricks-and-mortar stores will not be the same as in the past though. Instead, the stores that survive will offer the kind of service and experience customers can’t get online. They will demonstrate complex products such as hi-fi. They will offer personal shopping and fashion advice. And they will provide cookery demonstrations and food samples. Shopping has evolved into a social activity, and many shoppers want it to stay that way.

In contrast, most problems in the restaurant and service sector are cyclical. Inflation in both wages and food prices has pushed up costs, while consumers’ budgets are tight after years of real-wage stagnation and a meal out is an obvious expense to cut. But there is a high chance real-wage growth will return before long. Wealthier consumers will then have more disposable income – and, probably, more free time – to spend on leisure.

This does not mean a bright future for all high streets. Those in smaller towns or second-tier positions in urban areas will shrink significantly. But stronger locations will thrive. While there will be fewer stores selling goods, those that remain will provide an enhanced experience, and restaurants and leisure venues will take up any slack. The high street will become social street.

The fate of a particular high street will depend on more than its outlets, however, and two major players could provide a boost.

Opinion: High streets of the future don’t have space for ‘Big Retail’

First, commercial property landlords should accept the decline of some high streets and reduce their rents. High rents will hasten the decline of the locations, but lower rents will help make them active. Reducing rents might even encourage new businesses to set up. Imagine, for example, a struggling high street reinvented as an artists’ alley, with the cafés and small businesses to support such a community.

Second, local authorities need to be more flexible and allow commercial property to be converted into residential and shops into offices. This would let high streets reinvent themselves as flexible zones for living and working.

Yes, there will be fewer high streets in future. But the survivors will be vibrant centres for shopping and leisure, living and working – and for new activities. The high street has been around for more than 150 years, and there are good reasons for it not to disappear.