Welcome to the jumble: how Borough Market manages 15 million visitors a year 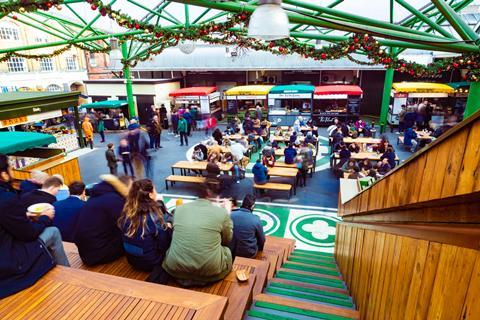 The bustling Borough Market Kitchen is home to 25 food traders 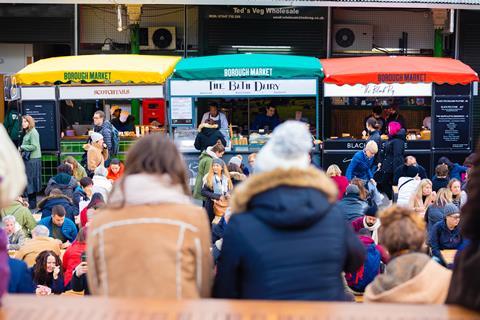 Stalls include The Bath Dairy and Scotchtails, which sells artisan scotch eggs 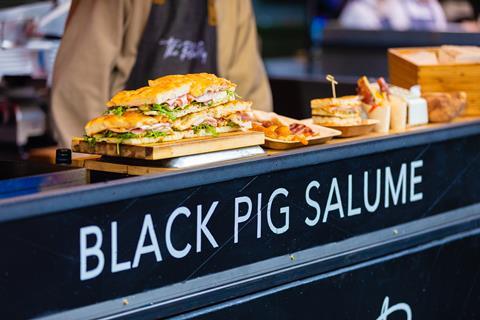 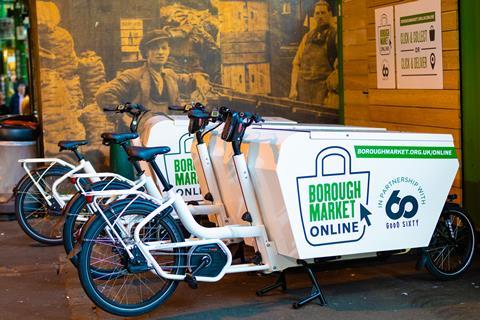 The market launched delivery and click & collect services in October 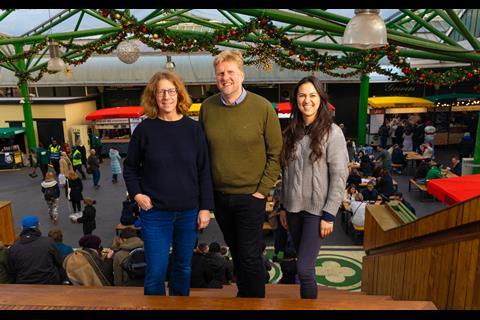 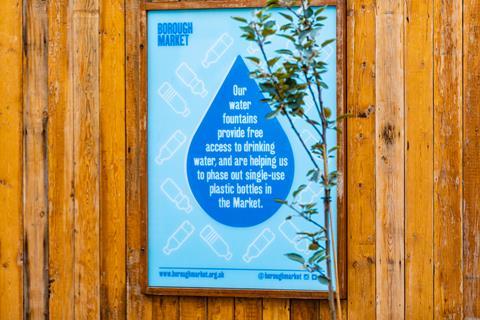 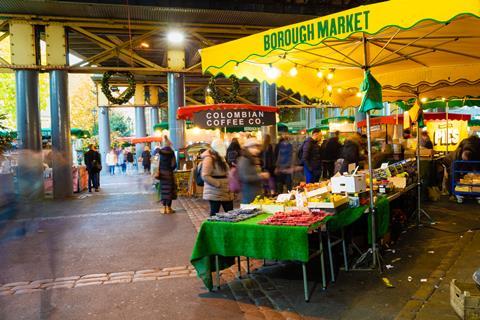 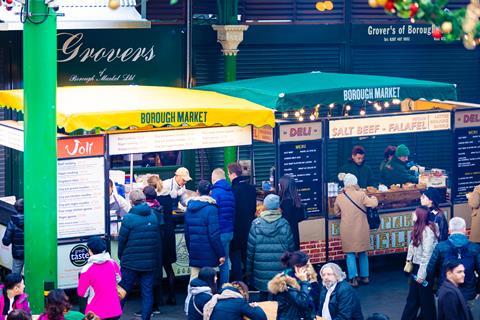 On its 21st anniversary, the London market is embracing ‘new ways of thinking’

Borough Market is a bit of a jumble. At least, that’s how MD Darren Henaghan describes the maze of food and drink stalls that make up the London Bridge location. It’s not meant in a derogatory way. To his mind, it’s an “organised” mish-mash. “We think about how the body reacts as you go through the different areas,” he explains. “So you start with Bread Ahead there, then you go to charcuterie, then cheese.” The aim is, he says, to create “a picnic in your mind”.

The latest additions to this mental picnic come in the form of a designated hot food area and a new produce zone, unveiled last week. It’s part of a raft of changes that have taken place as the market celebrates its 21st anniversary, including the launch of delivery and click & collect services in October.

This overhaul has certainly not been driven by a lack of customers. The market attracts 15.5 million people every year, according to Henaghan, and up to 100,000 a day in the run-up to Christmas. It’s more a recognition that the needs of customers – and indeed, the needs of the market – are changing.

The Borough Market Kitchen, which spans everything from the market’s first Michelin-starred stand Mei Mei to vegetarian Indian brand Gujarati Rasoi, was an on-trend move. As shown by the sheer number of people crowding into the area, demand for street food and food markets has never been higher.

There was also a strategic reason at play. “We created that space partly to solve a problem, to create more distance between people selling produce and hot food,” says Henaghan. He says Borough Market visitors are generally split into “two tribes”: those who come for prepared food, and those who are shopping for produce. Only 10% cross between the two.

Henaghan wants to keep the two areas distinct, but also substantially increase that crossover figure. “We wanted to create an environment linking back to the produce,” he says. “Most of the ingredients will have been sourced from the market so we want people to eat that fantastic bit of fish, for example, and think ‘how can I replicate that?’”

Because, as Henaghan is keen to point out, fresh produce remains the focus of the market. That’s reflected in the revamped Green Market area. This zone aims to showcase cutting-edge new providers, which sit alongside more established stalls to drive traffic. Sustainability is a key theme here. There’s Cajuu, which ethically sources cashew nuts from Tanzania and pairs the flavoured nuts with dips. Other products include compostable coffee pods, “sustainable” cricket snacks and “organic and ethically sourced” turmeric products.

That ethos is becoming an increasingly important theme across the market. One of the latest permanent stalls to join is Nibs Etc, a brand that makes breakfast cereals, loaf cakes and brownies with ingredients that would otherwise be thrown away – namely, fruit & vegetable pulp from local juice bars. Founder Chloë Stewart says customers at the market have responded well since she started in 2017 . “I think people are really receptive to what we’re trying to do,” she says. “A place like Borough has a lot of positive associations for us.”

All of this is a world away from the initial iteration of Borough Market back in 1998. For starters, London Bridge was an very different area. As Henaghan puts it: “You wouldn’t walk past here at 2am unless you could run quickly.” And there were just three public-facing traders: Brindisa, Neal’s Yard and Turnips.

Despite all the changes since, Henaghan is clear the market sticks to the same basic principle: championing quality producers with the “story behind their food”. Indeed, many of the original traders are still here. Monika Linton, founder of Spanish produce expert Brindisa, remembers the market being small enough to have “almost a family” feel. That undoubtedly falls away when you reach 15.5 million visitors. But she says the focus on food has remained. “It has kept that ethos. It’s had its ups and downs but right now it’s really coming together.”

Henaghan certainly believes so. “We’re embracing our roots but also embracing new ways of thinking.” For now, that jumble seems to be working.