Revealed: what your cuppa says about you 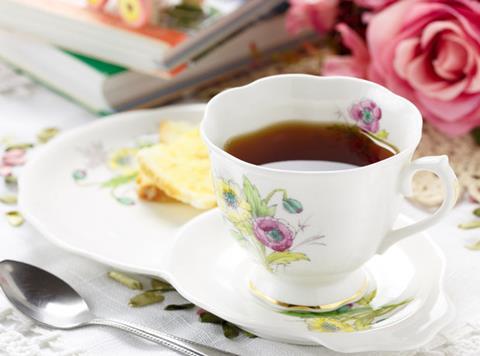 Ah, the hourly tea round – the bane of every intern’s existence but a great excuse for a break for the rest of us. The problem is, things are getting more complicated. Colleagues are now demanding Earl Grey with the bag left in, tea so milky it looks anaemic and milk with three (yes, three) sugars. A pain in the proverbial, yes, but there’s a chance the tea maker is the most clued-up person in the office.

Turns out tea is the bellwether for Brits. As The Grocer’s exclusive research found out, how you take your tea says a lot about you. For example, those on a low income are twice as likely to have two or more sugars in tea as those on a high income. Looking more closely at social demographics reveals that more than a third of those in the ‘DE’ bracket take sugar in their tea, compared with only 26% of ‘AB’.

And just over one fifth of Scots take milk with no sugar, compared with 42% of people from Yorkshire (that’s a ringing endorsement for Yorkshire Tea right there). When it comes to the battle of the sexes, women are more likely to shun a sugary brew.

Tea is the lifeblood of Britain – 44% of Brits say they drink it more than any other hot beverage. Regular instant coffee, on the other hand, is only half as popular, while 7% choose ground and a further 5% drink super-premium coffee, such as Kenco Millicano, the most.

That said, coffee is still worth much more than tea. It’s a billion-pound market in grocery and notably pods now account for 10% of this, having steamed past the £100m mark for the first time. It’s not surprising given that one fifth of Brits now own coffee pod machines, as revealed in our 10 Things You Need To Know About… Hot Beverages.

A closer look at the numbers reveals a great class divide, with high earners more than twice as likely to own a machine as low earners. And the young’uns (16 to 24-year-olds) clearly identify more closely with the ultra-smooth George Clooney, as 38% of pod machine owners in that bracket have splashed out on a Nespresso machine.

With more tea pods emerging on the market, perhaps there’s a chance for tea brands to tap into this and pour some growth back into everyday tea. Although they face the major barrier of convincing the nation’s tea drinkers to pay a damn sight more for a cuppa.