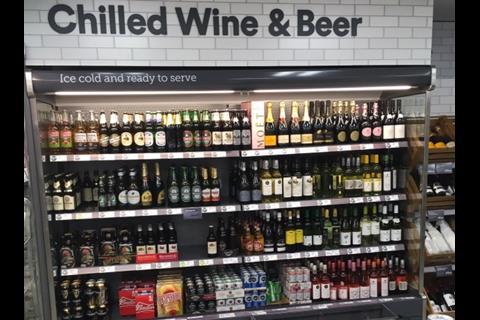 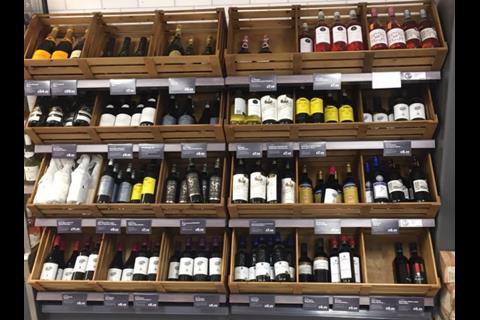 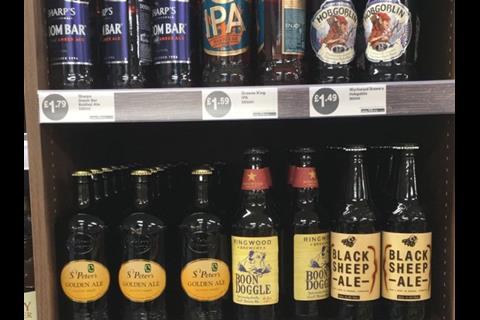 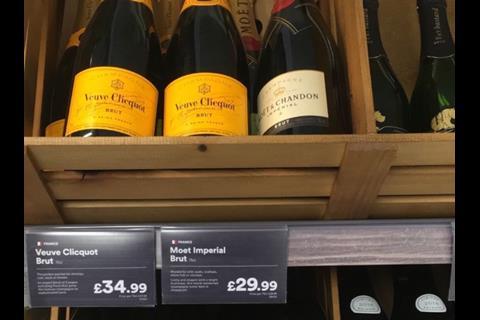 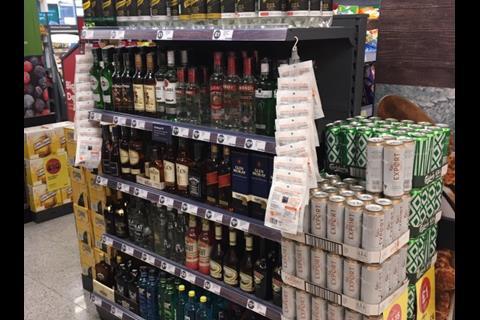 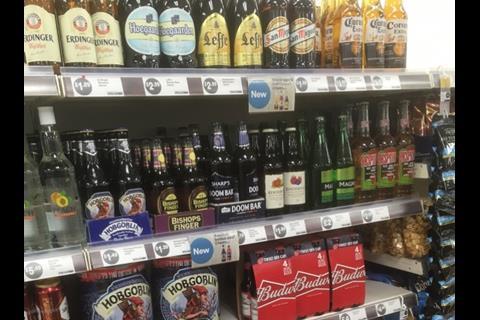 Iceland has ramped up its booze offer with a focus on premium world beers and ales as well as a wider range of wines.

The retailer is also currently trialling an extended spirits range in 50 stores.

Iceland did not disclose which brands had gained listings as part of its expanded range, but signage in Iceland core stores is this week highlighting ‘new world lager & craft beers’ and ‘premium bottled ales’ from the likes of San Miguel, Hoegaarden, Erdinger, Hobgoblin, Doom Bar and Rekorderlig, among others.

Meanwhile, the retailer’s recently refitted East Finchley store, which opened last week, now features a chilled wine and beer section with SKUs from brands such as San Miguel, Brooklyn Lager, Heineken-owned Birra Moretti and Corona. It also features white wines and premixes from Jack Daniel’s and Bacardi as well as SKUs from Captain Morgan, Bacardi, Glen Moray, Martini and Gordon’s. Premium sparkling wines from brands such as Moët and Veuve Clicquot similarly look to have gained shelf space, alongside the introduction of artisan-looking wine display boxes.

A spokesman said the Iceland BWS range had been expanded “to include a range of leading brand wines, and a wider choice of world beer, canned beers, craft beer and cider”. He added Iceland was also “fully committed” to the spirits category in its refitted stores, which aside from East Finchley include Clapham, Worcester Park, Fulham, Woolwich, Shotton and Chester.

The range update in Iceland was “further proof of the consumer trend towards premium and world brands” said Jerry Maguire, head of off-trade sales at AB InBev UK & Ireland.

It makes Iceland the latest in a series of supermarkets to revamp its beer, wines & spirits offer in favour of more premium SKUs. However, it appears to have avoided trendy brands like BrewDog, which picked up a slew of listings in Tesco, Asda and Morrisons’ BWS revamps over the past three months.

It was “good to see” supermarkets “giving customers a better choice of quality beers and continuing to support the beer revolution” said a spokeswoman for the Campaign for Real Ale.

But she added: “We’d only urge that shops and supermarkets support proper, independent and locally brewed beer rather than the increasing number of huge, multinational breweries slapping ‘craft’ on the side of bottles as a meaningless marketing gimmick.”