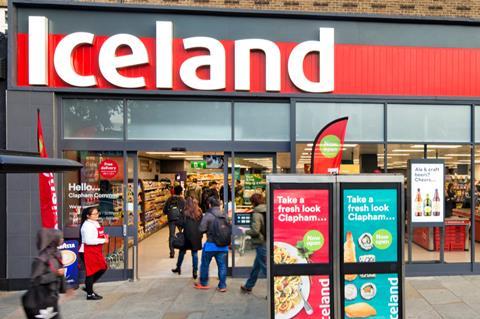 Iceland is encouraging its store managers across the country to dedicate the first two hours of opening this Wednesday 18 March to older shoppers in the wake of coronavirus.

The move comes after the Iceland branch in the Kennedy Centre in Belfast said the store hours of 8am-9am would be set aside for the elderly from Tuesday 17 March.

An Iceland spokesman said the business was giving other managers the “flexibility” to do the same wherever possible.

“The impact of Covid-19 continues to disrupt routines for many people and businesses, and there is widespread concern about access to food, especially for vulnerable people and the elderly,” the spokesman said.

“With many of our Iceland stores located at the heart of communities across the UK, we are encouraging our store managers to dedicate the first two hours of opening on Wednesday morning to the elderly (those of state pension age) and vulnerable people in their community, such as those with disabilities. We are giving them the flexibility to offer this wherever possible, and arrangements will be publicised in the stores that decide to take this action.

“We commend the action taken by our colleagues in the West Belfast store who have already dedicated an hour of early morning opening for the elderly. We are focused on being able to feed the nation and to support those most in need.”

The Belfast store’s move was announced on the Kennedy Centre’s Facebook page.

“Iceland Foods at Kennedy Centre will be opening their store between 8am-9am for the elderly commencing Tuesday 17 March,” the statement read.

“Could the wider public please respect this hour and understand that this time is allocated for elderly people only. Iceland appeal to people’s better nature when realising who needs priority.”

Lidl Ireland is also taking steps to prioritise elderly shoppers. The discounter said on Twitter today: ”We’ve been listening to your feedback and we will be implementing priority shopping hours for the elderly across all 163 Lidl stores in Ireland, 9-11am every day, until further notice.”