It's all change in the reset era

If your category offers a way for retailers to reach their customers with a shopper-winning, loyalty-driving range, that’s fantastic - right? Not if you’re a supplier trying to push your single brand message through all the retailers. In fact, it’s the biggest threat in decades.

Beer is interesting right now. The ‘grocery retail’ opportunity presented by the craft and cask beers trend was first picked up by the independents. Now supermarkets are capitalising. But hard-working pub landlords have been watching the trend for 20 years, often tied into contracts that prevented them from realising the benefits. 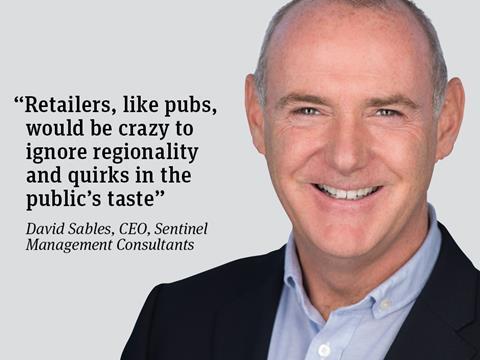 In the reset era, beer is perhaps the first of many categories to get ‘total transformation’ by listening to consumers and learning from on-premise habits. It’s a double whammy for chains who need to show they are different from their competitor up the road but can’t just throw a hundred more lines into the range because that increases costs, confuses their offering and drives shoppers to the discounters. So out with the duplicating big brewers, in with the craft alternatives and up with shopper engagement.

Now independent stores are being rolled into big chain portfolios, this adds up to a problem for large global brewers. But big business always finds a way, and this time it’s reverting to the pubs, where consumer choice is in reverse and being threatened by Heineken’s buyout of Punch and its 4,000 pubs. Punch’s list once represented the closest thing to a British cask choice, but the fear is it will now become a keg-Euro-fizzy-lager list, driven by the Heineken global brand. Punch landlords took a life choice, and this wasn’t it.

So look to the CMA and Code Adjudicator. Many were frustrated by lack of early action by GCA Christine Tacon. But she was a dervish of activity compared with Paul Newby, the PCA. And let’s not start on the CMA.

So who wins: traditional and exclusive vs modern and global? Retailers, like pubs, would be crazy to ignore regionality and quirks in the public’s taste because, ultimately, the shopper will decide. Along the way, let’s see fair play to pub landlords and small convenience retailers who could otherwise be victims of the hunger games.