Does TTIP threaten the protection of UK speciality foods? 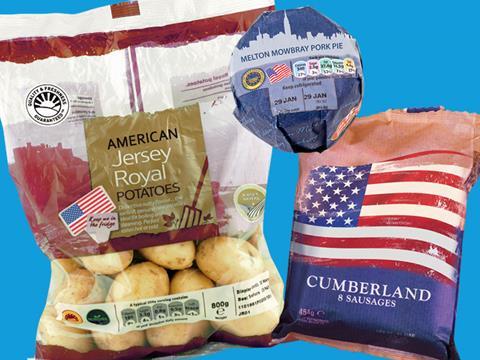 We can’t protect every sausage.” That was the ominous warning from German agriculture minister Christian Schmidt in an interview with Der Spiegel last week.

Discussing the EU’s free trade negotiations with the US (known as the Transatlantic Trade and Investment Partnership or TTIP), Schmidt seemed to suggest regional specialities currently covered by the EU’s protected food schemes could soon have much less protection.

“If we want to take advantage of the opportunities offered by free trade with the huge American market, we will no longer be able to protect every sausage and every cheese as a speciality,” Schmidt was quoted as saying.

The comments have sparked heated debate not just in Germany (where the prospect of “Kentucky Fried Bratwurst” and US-made Black Forest Ham made headlines) but also here in the UK. So just how much of a threat do protected foods such as Cornish pasties, Melton Mowbray pork pies and Stilton face from TTIP?

The stakes are certainly high - in March 2013, the EU estimated protected foods are worth roughly €54bn (£42.3bn) worldwide and account for about 15% of the EU’s global food exports.

“While there’s clearly a lot to play for in the TTIP trade negotiations and a significant opportunity to free up trade between the two regions, any erosion of the standards that underpin protected food names which might in turn cause consumers to be misled must be avoided,” says Terry Jones, director general of the Provision Trade Federation.

The matter isn’t helped by the fact the TTIP negotiations as a whole have been mired in controversy - the EU has been accused of not being straight with the public, and campaigners are concerned strict EU standards on issues such as GM could be watered down to sweeten the deal for the Americans. Small regional food producers being screwed over for the sake of a big-bucks trade deal fits in perfectly with that narrative.

But some experts say producers of protected foods should not be unduly worried.

The European Commission has already moved to quell concerns, insisting protected foods would not lose their protection as a result of TTIP. Such a move has not and will not be part of any negotiations with the US, a spokesman insists.

Schmidt himself has also waded back into the debate, claiming he was misunderstood: rather than suggesting protected foods might lose their protection, he merely intended to stress protected food rules needed to be enforced more consistently within the EU, his spokesman told German media.

Meanwhile, Jeremy Pennant, a partner at D Young & Co, argues the Americans are just as invested in protecting specialities and will want to ensure their own regional foods, such as Napa wine and Idaho potatoes, aren’t undermined either.

“These concerns about US producers flooding the market is slight scaremongering.”

Plus, although it’s feasible a TTIP deal might allow US producers already using European food names - such as Cornish pasty - to continue to do so at home, European producers will still be able to enforce their PDOs, PGIs and TSGs in the EU, adds Pennant.

Even food names not currently protected - such as Greek yoghurt - are unlikely to become fair game. “In my view, any trade deal would not suddenly allow US-produced ‘Greek’ yoghurt to appear on our shelves,” says Pennant. “There is very little threat.”