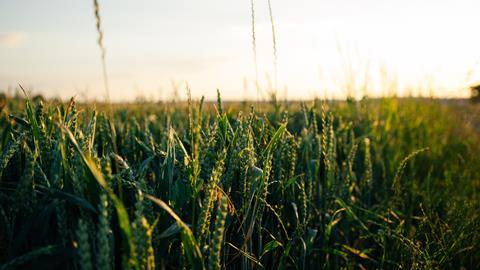 In five years of an often-debased Brexit debate, the matter of renewed sovereignty has consistently dominated, despite a conspicuous lack of detail on how such hard-won freedoms may be used.

Now, in the burgeoning days of the UK’s new epoch, the picture has become slightly clearer. The UK said this week it would look to deregulate gene editing for food and farming as one of its first divergences from EU law.

The announcement was unsurprising to some, given the UK regularly pressed the EU to liberalise its rules while a member, arguing it would benefit both farmers and the wider public through healthier food, environmental improvements and enhanced animal welfare.

Many of the arguments on these issues are well-rehearsed and come from more authoritative voices than will be found here, yet there is one question that must now shoot up the agenda following the UK’s departure from the EU: the impact of any rule change on trade. It is something the consultation must certainly address.

Any divergence from EU rules will come at a cost for UK businesses. That is a simple and unavoidable truth. It will mean more audits, more inspections, and perhaps having to set up entirely different production lines for businesses serving both UK and EU markets. The extent to which frictions would increase if the UK introduced extensive gene editing practices needs to be explored in more detail, but the question the UK must ask itself is: will it be worth it? Will the economic opportunities outweigh the potential cost to agrifood exports? Are the implications fully understood?

Furthermore, would Brussels see such divergence as a regression on existing environmental standards? If so, it could potentially impose tariffs on UK exports under the level playing field measures set out in the trade deal. While gene editing is often claimed to reduce the environmental impact of food production through reducing herbicide and insecticide use, for example, the argument is complex, and it is not necessarily the case Brussels will see it this way.

Although farmers support the government’s proposals, claiming gene editing is “absolutely critical” if they are to achieve net-zero emissions by 2040, their clamour could swiftly end if the cost was 40% tariffs on their goods heading to Europe.

Some might argue this would not be the end of the world. After all, wasn’t the big benefit of Brexit the greater opportunity in alternative global markets? Perhaps exporters could turn their noses towards the US, where gene editing is already established, and start sending more lamb to Louisiana. But again, tricky questions emerge. Will exporters find any great market opportunities there? What will their competitive advantage be? Can the US ever make up for the loss of trade with the EU? These are all further questions the government’s consultation must address.

Further debate is of course much needed, but it seems already apparent the UK’s deregulation of gene editing will not necessarily benefit farmers and the UK’s domestic food production. If it causes significant damage to EU trade, then many could go out of business.

It is therefore essential to ask exactly what the UK wishes to achieve from regulatory change. Perhaps it has little to do with enhancing food and farming and is instead part of a shift towards a high-tech economy that prioritises science, agricultural innovation and developing intellectual property for UK plc that can be sold abroad. We don’t know. These are all great unknowns and so the fact a consultation has been launched is a positive in terms of exploring the issues at stake. But as with any inquiry, the answers will only be as good as the questions asked.