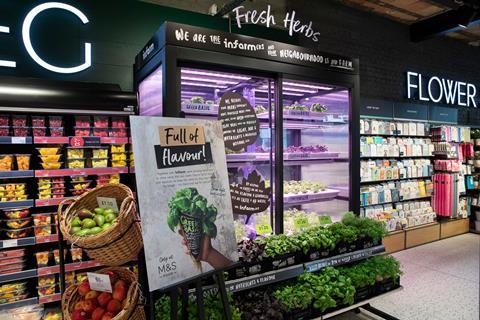 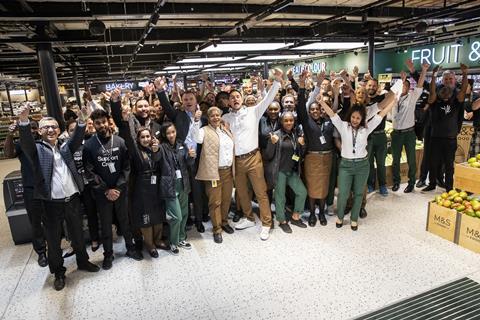 70% of the colleagues in Clapham are new to M&S 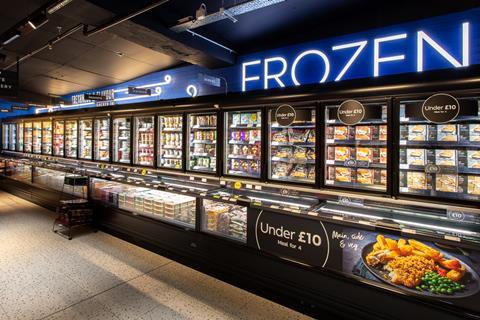 With freezers doors, the store temperature is less brassic than is normal in M&S stores. The frozen section is at the back of the store 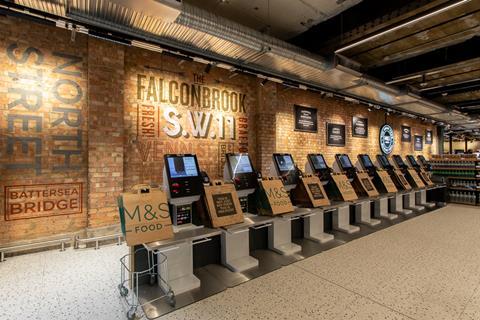 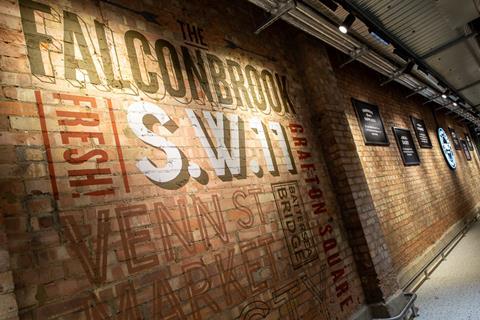 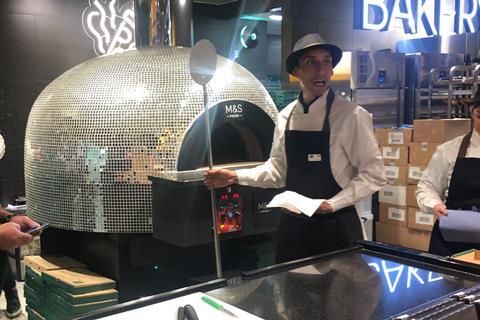 The pizza oven has a disco ball look 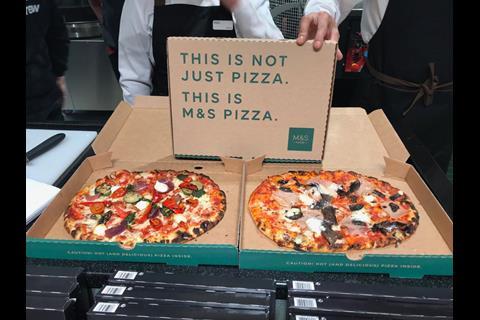 Over the counter pizza 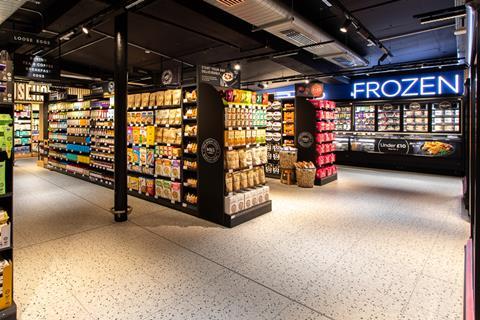 As a food-only store the number of products has increased by 1,300 products, to showcase the best that M&S Food has to offer 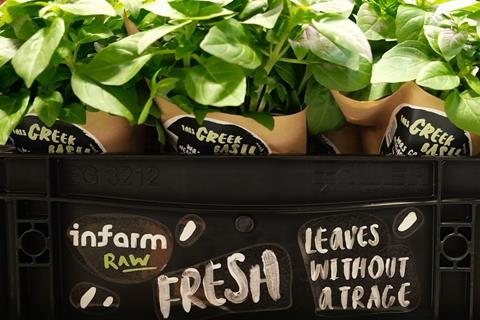 The microherbs and salads are the ultimate in freshness 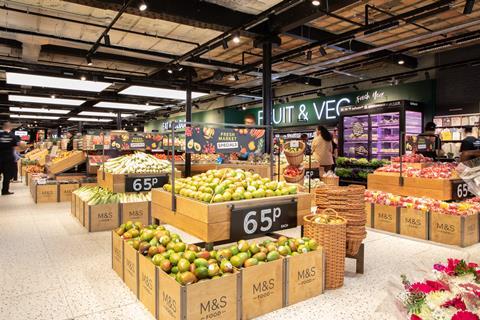 Produce has doubled in size 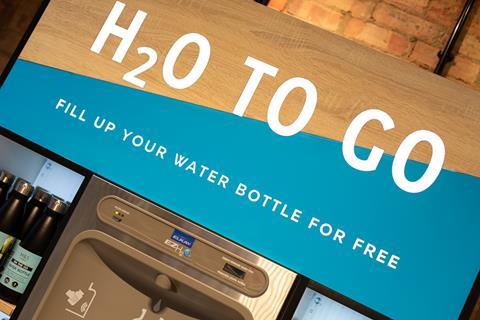 The first ever free waterfill station at an M&S store 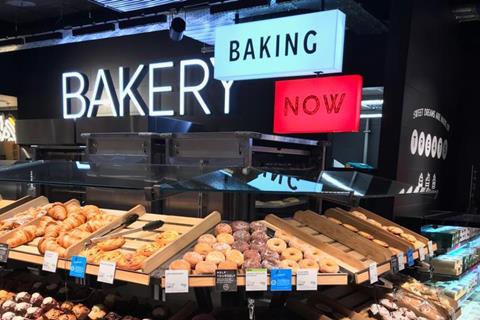 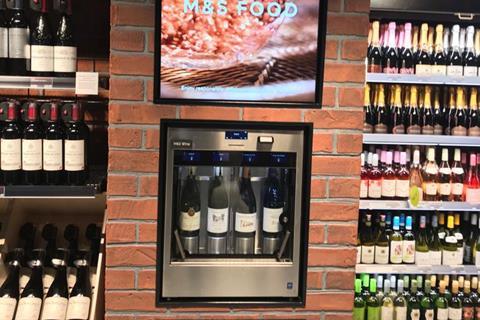 Sparks loyalty card holders can sample wines, and the info can be used to send them offers on their favourites

Supermarkets love to talk about in-store theatre but have been more likely to strip it out recently - replacing counters with yet more dystopian shelving - than to stage exciting new productions.

So it was good to see some exciting new theatre on display in the new M&S in Clapham/Battersea. This was one of the stores earmarked for closure. And Aldi was itching to buy it. Instead, M&S opted to turn it into a food-only store, and it’s really gone for it, with impressive results, despite the nasty dog-leg layout.

The hot prop is the Infarm display: an in-store salad and herb farm fixture, it exudes freshness. And as an exclusive for at least six months (more if it adds to the current plan to install them in six stores), the Berlin-born concept (which has been a hit across the Continent), it is a real point of difference.

It’s not the only new idea though. Among the many artistic touches is a disco pizza oven. With spotlights training, it quite literally sparkles. There’s also wine sampling and single-origin coffee sampling stations which you can access via your Sparks loyalty card. Other ideas borrowed from the recent Hempstead Valley refurbishment include interactive buttons that kids can press, which cluck and moo. And it’s taken risks: the wine fixture is in the middle of the store, while the ready meal section is at the back, turning convention on its head.

The abundance of ideas (and produce), together with the look and feel (reminiscent of a New York grocery store), offer hope that the M&S turnaround might not only ‘protect the magic’, as it likes to say, but provide new magic. For heaven knows it needs some: booted out of the FTSE 100, to be fair, it’s making changes right across the food division: cutting prices (including the price of milk last week); cutting costs; tackling its supply chain woes; bringing in fresh talent on the commercial and NPD side; and soon taking M&S Food online. And, as the latest Kantar results show, volumes are up, the first green shoots.

But the store estate is tired and demonstrably not working. Shoppers are hard to please. Great concepts and great theatre will be imperative. M&S SW11 delivers on that, but if it works, it certainly won’t work everywhere.