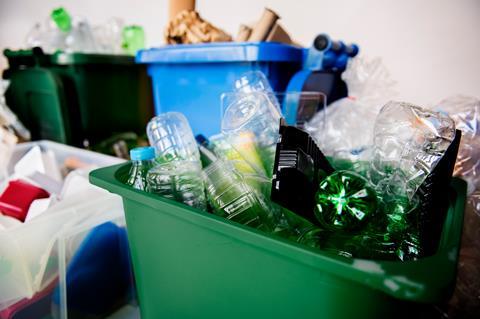 Four hundred and four milliseconds. Less than half a second. That’s how long it can take for consumers to decide which product to choose when shopping for groceries, according to a 2011 study.

So imagine how much shrift that same shopper is going to give, at the end of a product’s short life, to a recycling label that asks them to ‘check local recycling’ or states that an item is ‘not widely recycled’.

A decision this week to scrap those two labels is therefore to be welcomed. The new recycling labels are binary: either it’s recyclable or it’s not, the On-Pack Recycling Label (OPRL) has decided.

This will have two key benefits: it will stop angst-ridden consumers wasting time on local authority websites (or the black hole that is recyclenow.com). And it should encourage more producers to use substrates that are universally recycled - producers like Nestlé, which has just spent £1.6bn on a programme to support precisely such an outcome.

So far so good. But not only should the label be mandatory. It’s a pragmatic measure to overcome policy shortfalls: for the new label means items that previously were recyclable (but by less than 50% of local authorities) will now go to landfill in even greater numbers. Which just seems a crying shame.

We should be building a universal recycling scheme in the UK to recycle as much of the waste we generate as possible. That’s where the new Environment Bill, going through parliament this week, needs to come in. It heralds a world of pain and cash for producers via extended producer responsibilities that will be effective from 2023.

But if the industry is going to have to pay, it must also insist that the programme is workable and not riven with the political point-scoring already characterising DRS. This must not simply be a tax like the Soft Drinks Industry Levy. It should be a joint endeavour to create the circular waste economy everyone wants. An economy with an estimated value of £408m. To do that it will need to be simple - but not so simple that genuinely recyclable material isn’t simply sent to landfill.