How have we developed this habit of snapping and sharing pictures of our food? 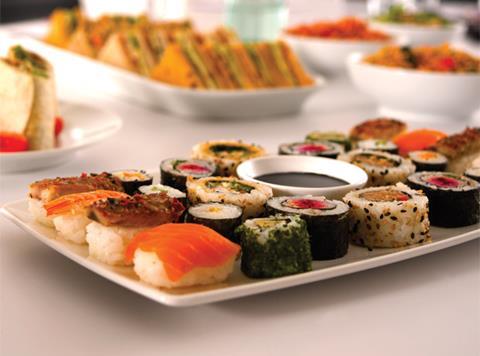 Habits change. Sometimes dramatically (think Horsegate) but usually more slowly, and sometimes imperceptibly. For example, take the word ‘poke’. Not that long ago it was a rather dubious craze among Facebook users. But a new form of ‘poke’ has emerged as a hot trend for 2017, according to the Waitrose Food & Drink Report. It’s a colourful Hawaiian tuna salad (pronounced poh-keh), and it’s going to be the new sushi, apparently.

Credit to Waitrose. Its report has become an annual media set-piece, generating oodles (or spirals?) of publicity and offering some fascinating new facts and figures.

At times one doubts some trends it has charted (using an aubergine as a carb substitute, the rise of the ‘veggan’ diet, or the popularity of coconut flour, picanha steaks, bao buns) flourish much beyond the Waitrose shopper’s micro-climate. But there are important national statistics too. Did you know one third of workers spend less than £1 on their lunch each day? Or that one in 10 people have been to a ‘come dine with me’-style dinner party?

Some of the trends seem very well established (like the fact we’re buying fewer items and shopping more frequently, or that ‘eating in is the new eating out’, and consumer interest in the provenance and proximity of food was already high long before Horsegate reared its ugly head). But trends don’t change overnight, and they evolve: I bought my first meal kit (another trend in the report) in Waitrose at least five years ago (Spice Tailor). But the meal kit of today is a different animal: inspired by fast-growing online disintermediators like Hello Fresh and Gousto, Waitrose has only just launched its ‘ultra convenience meal kit bag’ – a trend it thinks will run and run And this week Tesco followed suit.

A similar evolution is occurring on the environmental side: 10 years ago the focus for consumers was on packaging waste. Today food waste is the number one issue, a subtle shift in focus driven partly by a need to save money (34% of us freeze more food than we did five years ago), and partly out of concern for society (manifested in the resurgence of wonky veg).

(And on a related note, the Morrisons Milk For Farmers brand has delivered an extra £4.3m to Arla dairy farmers).

If there’s one trend that has captured the media’s imagination in this report, however, it’s the food photographing phenomenon. Again, it’s not new. But nor is it exactly old. Put it this way. The first iPhone launched in 2007. And snapping pics of food has grown up with the advance of the smartphone. It would never have happened while we were still ‘poking’ on Facebook from our PCs. It’s arisen because everything we do is increasingly through the screen/lens of a mobile phone. We use our phones not just to shop and to consume news; we use it to socialise; to find partners; to have sex. Why should we be surprised, then, that we use our smartphones to share our food experiences? As the Waitrose report observes, food has become a form of self-expression, a social currency to rival tastes in music and fashion. And we now have the tools to share it, with our mates, and with the world.

But let’s also give credit to the food industry for the role it’s played in this phenomenon. Would we really take so many pictures if our food was as brown and beige as the food of yesteryear? Food itself has become far more visually appealing, thanks to chefs, developers, buyers and suppliers, who’ve invented magnificent creations while scanning the globe for inspiration. Mind you: our tastes as a foodie nation are evolving, but the most photographed food on Instagram is not colourful, exotic sushi (that’s second). It’s pizza.