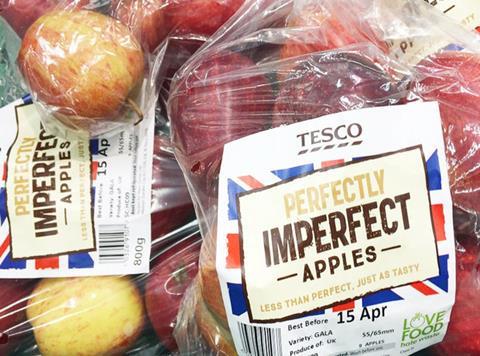 Who’s to blame for food waste? Supermarkets or consumers? It’s a chicken and egg thing. Supermarkets didn’t set out to create food waste. And consumers haven’t always been as fussy as they have become. But that combination of self-service, innovation, abundance, lower prices, out-of-town shopping, refrigeration and supermarket power has created the ideal conditions in which food waste has flourished.

Now there’s a change of mood. Having sworn that anything less than perfect fruit & veg was impossible to sell, supermarkets are increasingly embracing the ‘wonky’ concept, while admitting to amazement at the sales their new lines have achieved. What’s brought about this change in attitude? It’s another chicken and egg situation. More consumers appear to be seeking a less sanitised, more natural, even rustic look. And supermarkets are more willing to engage on food waste.

What’s clear is the influence of campaigning celebrity chefs. Like him or loathe him, Hugh Fearnley-Whittingstall’s War on Waste documentary last autumn unquestionably created a media backlash against the supermarkets. The support of Jamie Oliver lent further weight to the cause. This criticism has prompted supermarkets to approach the problem from a different angle. And in an update to his War on Waste this week, even HF-W is impressed at the response.

While exposing further evidence of pre-farmgate waste at a cauliflower farm, Fearnley-Whittingstall diverts most attention to waste in other forms and other sectors: notably food to go (‘disposable’ coffee cups), and e-commerce (Amazon).

Lobby groups like The Trussell Trust and Feedback profess to mixed emotions about the instant success these consumer-driven TV campaigns have achieved. But consumer opinion can make a big difference. We’ve seen it with eggs and tuna. The big question on wonky veg is how committed the supermarkets are. But also whether consumers really will remain invested and take a different attitude towards the produce they buy in the long term. Grassroots campaigns can take off quickly - but consumer attention can shift just as easily.