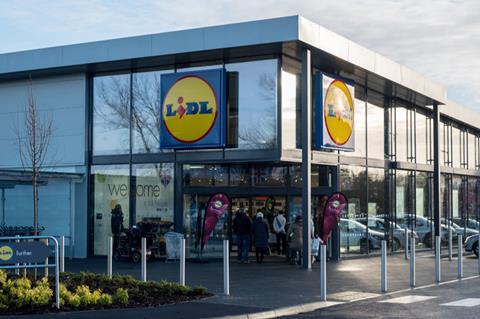 Lidl has become the latest retailer to add to the value of Healthy Start vouchers in support of Marcus Rashford’s campaign against child food poverty.

The vouchers, which are issued by the government to low-income families in England and Wales, are currently worth £3.10, but from January to March next year Lidl will add another £1.15.

It will bring them to £4.25, the value the government is set to increase them to from April.

Lidl is one of a number of supermarkets that joined the Child Poverty Task Force which Manchester United star Rashford formed in September, and which successfully lobbied the government for the increase from April.

The discounter has committed £1m to topping up the vouchers in the meantime, from 4 January until the end of March.

“I’m delighted Lidl has made such a positive move and committed to increasing the value of Healthy Start vouchers,” said Rashford. “This was one of our Taskforce’s key asks and will make a huge difference to the most vulnerable people in our communities.

“We were thrilled when the government committed to increasing the value of Healthy Start vouchers from April next year, however there is an urgent need to act now. Lidl’s decision to take action and support families and those in need further demonstrates what can be achieved when we work together.

“I would encourage all parents and families that need that extra support to sign up to the government’s scheme.”

Lidl GB CEO Christian Härtnagel said: “At Lidl, we know it has been a challenging year for families and budgets are tight. We all have a role to play within the community and we are committed to helping these families in any way we can.

“This is why we have decided to bring forward the planned increase to the value of the Healthy Start vouchers across all our stores in England and Wales. We hope it will enable parents up and down the country to access more healthy essentials to help feed their children.”

Tesco began giving families using the vouchers a £1 coupon to spend on fruit & veg in November.

Henry Dimbleby, the independent lead for the National Food Strategy, said: “The huge strain on family budgets resulting from the Covid-19 pandemic has made tackling rising child food poverty a matter of national urgency. That’s why one of our key recommendations in the National Food Strategy Part 1 was for the government to increase the value of Healthy Start vouchers so young children from low-income households can have access to the nutritious foods they need.

“We are delighted this call has been met by government which will increase the value of the voucher from next April, and by retailers such as Lidl and Co-op who will be boosting the scheme to support their customers directly. This will have a rapid and significant impact on the diets and health of our youngest and most vulnerable children at a most critical time.”