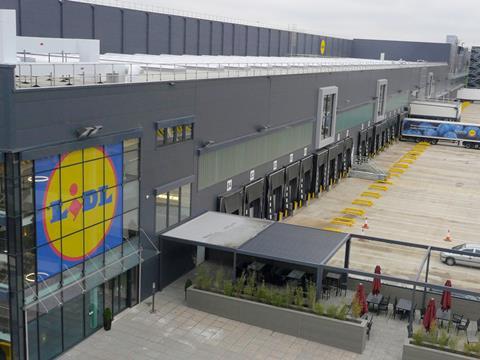 Activists from trade union Usdaw targeted staff at seven Lidl distribution centres this week as it stepped up its campaign to be officially recognised by the discounter.

Usdaw claims Lidl’s warehouse staff have raised concerns over poor health and safety, unreasonable volume of work, not receiving reasonable notice of rotas, unpaid hours after the shift has finished and discrimination and bullying from managers.

“Usdaw regularly receives feedback from Lidl’s distribution staff, who are generally unhappy about their treatment at work and say morale can be pretty low. Usdaw’s campaign is based on their concerns and experiences,” said Usdaw general secretary elect Paddy Lillis. “The company now needs to sit down with Usdaw, the independent trade union representing their staff, so we can work to overcome these significant issues. Many Lidl workers are joining Usdaw and we urge others to sign up to the union, so that Usdaw can help get them a better deal and be a strong voice at work for when things are going wrong.”

He added: “We urge the company to end their continued opposition to trade unions and meet with Usdaw to talk about recognising us as the trade union for Lidl staff.”

However a Lidl spokeswoman told The Grocer that union recognition was not necessary.

“We value direct communication… with our employees and want to be the kind of employer where people don’t feel they need to pay a union to represent them. Our commitment to fairness across our entire workforce forms a central part of our core values, and we are dedicated to nurturing a collaborative environment that is based on open and direct lines of communication,” she said.”

“As a responsible retailer, we are committed to ensuring that our employees receive a high level of internal support and are provided with entitlements that go above and beyond statutory standards. This includes longer basic holiday packages, which increase with length of service. In 2015, we also became the first British supermarket to adopt the living wage, as recommended by the Living Wage Foundation, directly benefitting over 50% of our workforce. In November 2017 we announced that this will be increased further, in addition to giving over 16,000 of our hourly paid employees a pay rise, effective from this month. As a result, our employees are amongst the best paid in the industry.”