AB InBev brings back the Budweiser frogs for Light ad 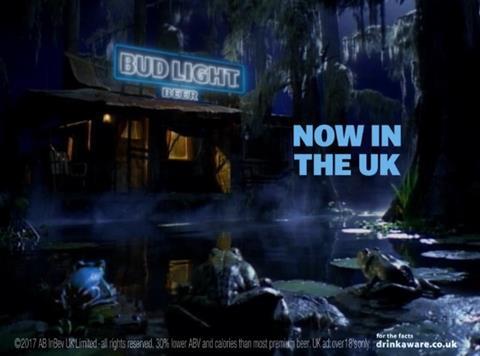 AB InBev is bringing back the Budweiser frogs for a new ad supporting the recently relaunched Bud Light.

The brewing giant has revitalised its classic ad with CGI, and has promised a “nostalgic feel of the original creative”, while aiming to attract new consumers who may not have seen the original, which made its debut in 1995.

It will run as part of an integrated digital, TV and PR campaign, which will begin airing on national TV channels from 8 May, with the frogs croaking the updated catchphrase ‘Bud Light Beer’.

“We still receive comments from people who remember the frogs and ask us if we are bringing them back,” said Bud Light marketing manager Andrew Finamore.