Arla to roll out delayed Arlagården farm scheme this month 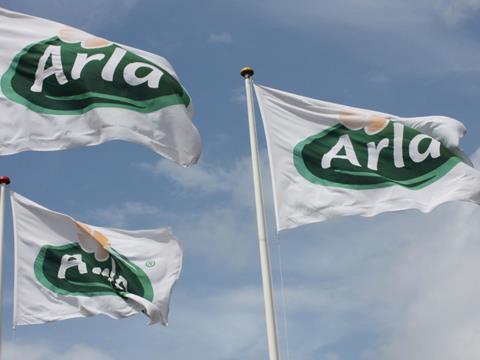 Arla Foods has confirmed it will roll out its delayed Arlagården farm assurance scheme this month.

The dairy co-op postponed the UK introduction of the programme last year to make sure it satisfied the needs of “consumers and retailers in the UK”, according to Arla’s head of milk and member services Ash Amirahmadi.

Concerns had also been raised the programme could conflict with the Red Tractor farm assurance scheme.

But Arla insisted on Monday (5 October) Arlagården would instead complement Red Tractor: Arla farmers in the UK would continue to meet Red Tractor requirements, plus a further 16 Arlagården standards focusing on milk quality, food safety, animal welfare, and a reduction in the use of antibiotics.

Both schemes will be assessed at the same time, and Arla has had meetings with more than 300 vets to discuss the rollout and is in the process of running 60 workshops with farmers specifically focusing on antibiotic use.

The Arlagården scheme is already in operation in Denmark, Sweden, Germany, Belgium and Luxembourg.

It would ensure all 12,700 Arla farmers would be assessed to the same standards and increase the co-op’s ability to compete globally “as export countries have reassurance the milk has been produced to the same high standards”, Arla said in a statement.

“It is an independently audited standard that proves our farmers’ commitment to producing quality milk, caring for their cows and using antibiotics and medicines responsibly,” added Amirahmadi.

“This will reassure consumers that a little extra care every step of the way means they can trust our products are of high quality, natural, tasty and healthy.”

Arlagården’s increased emphasis on the use of antibiotics would also ensure that farmers only used the drugs for curing or alleviating diseases and illness rather than for preventive purposes, said Arla consultant vet Peter Edmondson, and the scheme would also play a significant role in supporting the responsible sourcing principles that underpin its recently launched farmer-owned marque.

“As owners of Arla, our responsibility doesn’t end at the farmgate, but goes all the way from cow to consumer,” said Arla farmer owner Angela Rhodes. “Arlagården is our way of ensuring that every litre of our milk is produced to high standards.”

The launch of the scheme was welcomed by Red Tractor CEO David Clarke. “We have worked in partnership with Arla to ensure Red Tractor continues to be at the core of dairy farm assurance assessments for Arla farmers and that they are delivered in an efficient way, specifically to avoid any duplication,” he said.