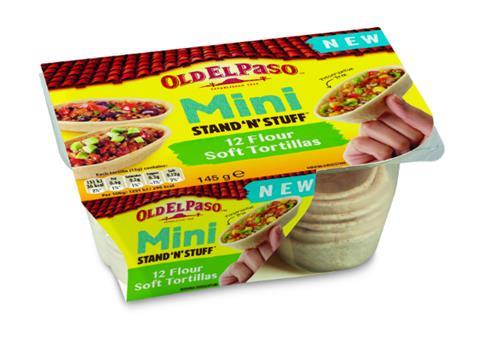 Running now, the push includes a TV ad marking the return of brand spokesman Danny Trejo and finds the Hollywood star in a contest with his ‘mini me’ sidekick over which is better: the brand’s original Stand ’N’ Stuff tortillas or the new bite-size variant, which rolled out to supermarkets last month.

Half of the budget for the latest Old El Paso promotion – aimed at parents aged from 25 to 45 – has been invested in online to encompass eight films that take viewers on a ‘tortilla journey’ around the world, as well as recipe videos and social media activity.

“This exciting campaign is the perfect demonstration of how versatile this new product innovation is and reflects the sense of fun and humour that we are associated with as a brand,” said Michael Harris, regional marketing director for world food at General Mills.

“By focusing on digital as our campaign medium, we can be as visually appealing as possible while targeting efficiently our key consumer audience on the media channels most relevant to them.”