Don’t stop at cereal! Ironic hipsterdom is totes amazeballs for all foods! 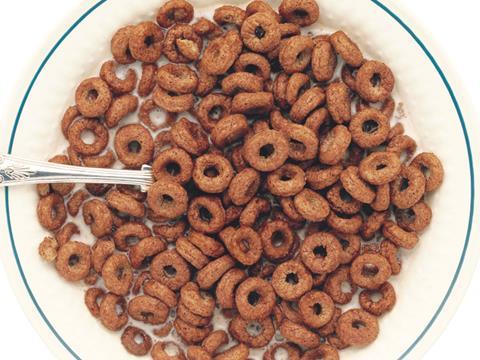 It’s not often a business decides to replicate an initiative that has been the subject of death threats, riot attacks and all-round ridicule. But that is exactly what Kellogg’s did on Monday, when it launched a New York version of London’s Cereal Killer café. For the few of you still blissfully unaware of this Shoreditch den of ironic hipsterdom, it is a purveyor of cereals from across the globe and its bearded owners have received such enlightened feedback as “die hipsters”.

Why the vitriol, you ask? Well, much of the backlash has focused on the café’s prices, which range from £2.50 for a small bowl of British cereal to £4.40 for a large bowl of American or ‘global’ cereal, which includes brands such as so-sugary-it’s-no-longer-in-UK-supermarkets Lucky Charms. Milk, thankfully, is free (unless you choose a premium flavoured variety, in which case you pay an extra 40p), and toppings come at 60p a pop.

Although the premium pricing position has angered some corners of the public, it has clearly provided inspiration for Kellogg’s Stateside replica. Its prices make the Cereal Killer café look as though it’s providing a public service – a bowl of cereal in New York will set you back $7.50 (that’s £5.78 at the current exchange rate). The justification? This cereal bar employs culinary experts such as Christina Tosi, founder of Momofuku Milk Bar, and Anthony Rudolf of famed New York Restaurant Per Se to do things like add green tea to your Rice Krispies. Ergo it’s not just cereal, it’s a creation.

It’s easy to mock, but Kellogg’s may well have the last laugh. After all, the negative press has not deterred the Cereal Killer café from attracting a regular queuing crowd on Sunday mornings. And if the public are willing to fork out for some thyme with their Special K (yes, that is a real thing on the New York menu), then why not?

In fact, it makes you wonder what other seemingly basic commodities could do with the same treatment. For the budding entrepreneurs among you out there, here are a few suggestions (I only ask for 50% of all royalties):

What money-spinning ideas do you have that could rival the Kellogg’s cafe? Let me know on Twitter!