Bum deal for the ASA as Brits offer up kneejerk complaints 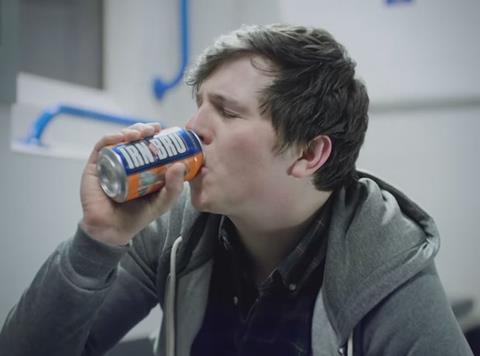 Your bottom does not offend me. Alas, there are 180 people in the UK who probably cannot say the same. They’re the TV viewers who last year complained to the Advertising Standards Authority about a flash of man-butt in an Irn-Bru commercial. With its strapline of ‘Crack On’ (geddit?), it caused more Brits to clutch their pearls in horror than any other food and drink ad during 2015.

That’s according to the ASA’s own figures, which suggest some Brits are appalled by body parts even in bakery form, as with the Maltesers clip that had a woman pretend cupcakes were her boobs – with the eponymous choccies as the most intimate area, naturally. Almost 100 people grumbled about that one (after waking from their faint, one assumes). Even more whinges were directed at PG Tips for daring to display the pixelated ‘private parts’ of a stuffed monkey.

The three ads played for laughs, and all avoided getting their wrists slapped. It’s hard to feel empathy with those who were distressed by the “sexualised” content – even if there were kids in the room.

Many of the complaints about the ads were in the kneejerk vein of “Won’t somebody think of the children?!” – which for more than one complainant was a sparked by the ‘homosexuality’ in the Irn-Bru clip. Now who’s offensive?

Well, Protein World, for one. Had I offspring, I’d have been genuinely concerned last year about them seeing the brand’s woman-shaming ‘Beach Body Ready’ poster on the London Underground – the sort of crass marketing on which the public should focus its ire (as many did), rather than getting in a tizzy about glimpsing a guy’s glutes.

You can see the most complained about food and drink ads of 2015 below. None were censured by the ASA – and good thing too.

Weetabix on the Go (65 complaints)