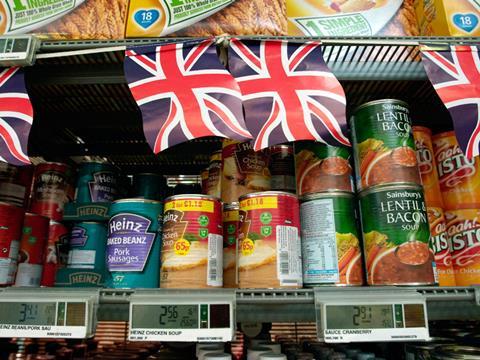 Food Pioneers (made up of celebrity chefs, food entrepreneurs and bloggers) to promote British food in trade missions and food festivals

High-profile government support for food & drink is always welcome, but the announcement has nevertheless left many suppliers and industry organisations scratching their heads. After all, this is far from the only food-related strategy pushed by the government of late: a 25-year food and farming strategy is currently being drafted and due to be published in early 2016; a separate environment strategy (which is likely to impact on food producers) is also in the works; there’s the agri-tech strategy and numerous health and obesity-related initiatives; plus wider, global agendas such as the UN’s new sustainable development goals, many of which relate to food and drink.

It’s little wonder senior industry figures, including Sainsbury’s Judith Batchelar at the annual LEAF conference this week, are increasingly stressing the need for a joint-up approach to strategy and clarity on how different strategies will fit together.

So what is the industry to make of this latest announcement? How will the new Great British push fit in with other government strategies? And with budget cuts looming, is there enough money to fund it?

“I can’t envisage any financial backing such as grants in the current climate, that isn’t the way the government is going to go”

What we know from Defra itself is decidedly light on detail. It said it would enlist the help of a crack team of food entrepreneurs, bloggers and celebrity chefs dubbed the Food Pioneers to promote British food both at home and abroad. The Great British Food Unit will involve Defra and UKTI joining together, including their international networks in embassies, to make the government “better co-ordinated and more effective” at promoting exports and supporting inward investment.

A spokeswoman also insisted the new push will not impinge on the 25-year plan, which was “industry-led” rather than driven by government. And, of course, there was plenty of emotive language about promoting “great British food” at home and abroad. The campaign was an opportunity to “transform ourselves and take our place as one of the most exciting food cultures in the world - a unique blend of tradition, innovation and openness”, Truss said this week.

But when asked by The Grocer about how much funding would be available for the new campaign, how it would be staffed, the resources it would have and how it would practically help British producers and suppliers, there was no answer.

Faced with such a lack of clarity, one industry insider claims the government’s latest food campaign was little more than “rearranging of deckchairs on the Titanic”, while another source dismisses it as “fluff” and calls Truss’s constant calls to develop food exports as empty rhetoric.

Not everyone shares these feelings, however. Rich Clothier, MD of Wyke Farms - one of the companies involved in the new Great British campaign - says it’s unfair to dismiss the campaign as a gimmick. “The government sees the food sector as a way of boosting the country’s balance of payments,” he says, adding that support is “not all about funding”.

Truss, in particular, is “putting a lot of political capital behind this”, adds Clothier, who notes a Great British Food Unit could focus logistical and intellectual resources behind exporters, in addition to giving them instant credibility. “Having the backing of government is seen as a huge asset in many export markets,” he adds.

But while interesting, “such a broad mission and a diverse set of priorities”, means that “many in industry are already asking how this will work practically,” cautions Provision Trade Federation director general Terry Jones. “If this is new activity, how will it be funded? How will this work practically improve conditions for exporters? And how will the myriad of initiatives announced this week tie into Defra’s 25-year food plan and the government’s forthcoming childhood obesity strategy?”

Budgetary constraints could explain some of the lack of detail, suggests Nicholas Saphir, who founded the now-defunct Food from Britain and now heads up organic dairy co-op Omsco. “I can’t envisage any financial backing such as grants in the current climate, that isn’t the way the government is going to go,” he says. “It has indicated a change in culture to support exports, and it will help companies understand the opportunities available to them, but any export drive needs patience.”

Despite these concerns, Clothier believes the creation of a Great British Food Unit is a “brilliant opportunity” to boost exports, though he adds a cautionary note. “We’d all like extra funding to support our export plans, ideally - but doing a tasting in France isn’t going to go down well when tax credits are being cut.”

It’s a fair point - though if the food and drink sector is expected to throw its weight behind this latest government push in addition to supporting all the other strategies, calls for Defra to create more clarity on how it plans to make its latest campaign work won’t go away any time soon.