I Heart Wines rapped by ASA over 'excessive drinking' ad 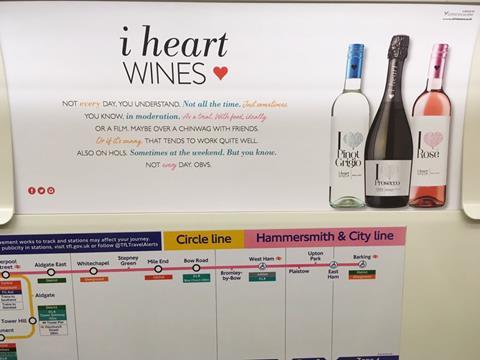 The ASA said that ’rather than encouraging an avoidance of excessive drinking, [the ad] trivialised the idea’

I Heart Wines owner Copestick Murray has been scolded by the ASA for encouraging excessive drinking.

The brand’s OOH ad, which appeared at London Underground stations in April and May, read: ”Not every day, you understand. Not all the time. Just sometimes. You know, in moderation. As a treat. With food, ideally. Or a film. Maybe over a chinwag with friends. Or if it’s sunny. That tends to work quite well. Also on hols. Sometimes at the weekend. But you know. Not every day. Obvs.”

The watchdog said it “suggested some kind of collusion between the advertiser and reader” said the ASA. “Rather than encouraging an avoidance of excessive drinking, [it] trivialised the idea and was reminiscent of the justifications that could be given for it.

The ad must not appear again in its original form, the watchdog ruled.

Copestick Murray MD Robin Copestick said it was “disappointing that we will have to change the nature of our advertising in the future”.

“We did not believe that we were infringing the guidelines” but “on the positive side it will give us the opportunity to come up with something new which will appeal even more to our customers.”

It comes as value sales of the I Heart brand have surged over the last year, growing 45% to £70m - making it the fastest growing wine brand of the UK’s top 30 biggest, according to recent IRI data [MAT to 17 June 2018].