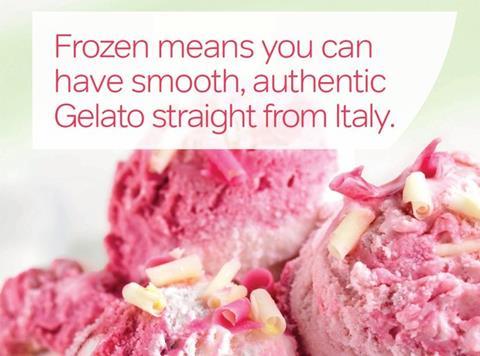 Iceland is poised to roll out a new advertising campaign that aims to get people thinking differently about frozen food.

The campaign, which focuses on the #PowerofFrozen hashtag first appeared on Twitter on 15 April when Iceland promoted its Thai Green Chicken Curry with Rice, with a post: “Introducing a new addition to our Meal in a Bag range. Giving you convenience in a bag. #PowerofFrozen”.

The hashtag appeared in a heavyweight outdoor campaign launched on 20 April and more widely across social media.

Now television advertising will go live from 18 May with a campaign planned throughout the summer.

Nick Canning, joint managing director, would not disclose the budget except to say it was “a significant increase in spending year on year.”

He envisaged the use of the #PowerofFrozen would be ongoing although there would still be a place for Iceland ambassador Peter Andre.

Canning said: “There’s a whole raft of untold stories about frozen food which the public need to hear about…From our frozen suppler perspective, it’s a great category message and they are trying to do it as well. We’ve had nothing but positive feedback.