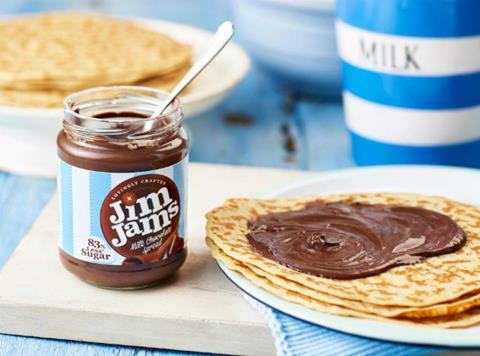 JimJams, the reduced sugar chocolate spread brand, is preparing to kick off a month-long series of events in Tesco stores to promote the Healthiest Pancake Day Ever.

“We want to offer families a ‘better for you’, guilt-free treat not only on Pancake Day but all year round,” said Kevin Bath, who launched the brand with this wife Kellie in 2014 to offer ‘83% less sugar than other spreads in the market’.

“It’s so important to be able to offer a healthier option that does not contain so much sugar,” he added.