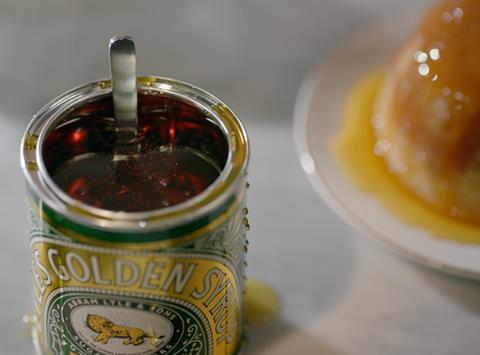 Lyle’s Golden Syrup is set to return to TV screens after 25 years, as part of a £1.8m campaign.

Airing from 31 October, a new advert – the brand’s first since 1991 – will use the tagline “Sticky But Worth It” and show a woman “getting in a sticky mess” while baking with the syrup.

Lyle’s hopes the 20-second clip will update the image of the brand and highlight its use as an ingredient. The push will be supported by VOD, digital, social media and in-store activity.

Alongside the commercial, Lyle’s has partnered with Channel 4 in a series of idents from 1 November. They will feature ’breakfast with Lyle’s’ and be shown on weekend mornings to introduce more families to the brand, which has been packed in the same style of tin since 1885.

“Lyle’s currently has the world’s oldest unchanged packaging, with the product remaining the same in a 21st-century kitchen cupboard as it was in a 19th-century larder,” said Tamas Fuzer, European marketing director at Tate & Lyle Sugars.

“We’ve capitalised on this rich heritage, turning Lyle’s Golden Syrup into a true ‘participation brand’. Going to market for the first time in 25 years with TV will reclaim lapsed customers and invite a new generations of audience to experience the different occasions and versatility of Lyle’s.”

Lyle’s is the second venerable UK grocery brand to make a TV comeback in recent weeks. Earlier this month, Premier Foods re-introduced the Oxo family after a 17-year.