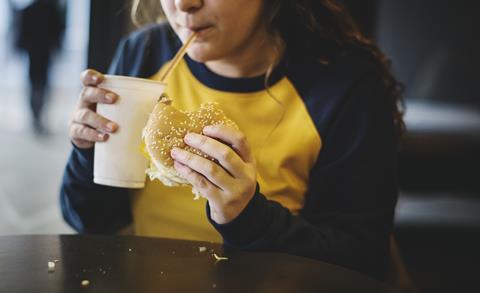 Nearly nine out of 10 teenagers have been exposed to junk food ads on social media, according to research by Cancer Research UK.

The charity asked 3,400 11 to 19-year-olds from across the UK where they had seen ads that month for food and drink high in fat, sugar and salt, and 86% said on social media.

The number was higher than the proportion that had seen HFSS ads on TV, which stood at 84%.

Eighty-two per cent said billboards, 68% said on catch-up and streaming and 57% said newspapers and magazines.

Meanwhile 88% had seen special offers for junk food, 64% had seen ‘influencers’ promoting unhealthy food and 72% saw it promoted by famous people in films, music videos, on TV or in magazines.

The charity is concerned exposure to junk food ads will have risen as children spend more time online and alone in their rooms during the pandemic.

The claims come as the industry faces a clampdown on HFSS advertising online, thanks to a government consultation launched last month.

“An end to online advertising of junk food would be a world-leading protective measure for young people’s health and wellbeing and reduce their risk of developing diet-related diseases, including cancer, later in life.”

Cancer Research UK is demanding the government ”follow through on its robust proposals and introduce legislation to restrict junk food marketing and promotions to protect the health of future generations”, Clark added