Nestlé and Google get together - what the experts think 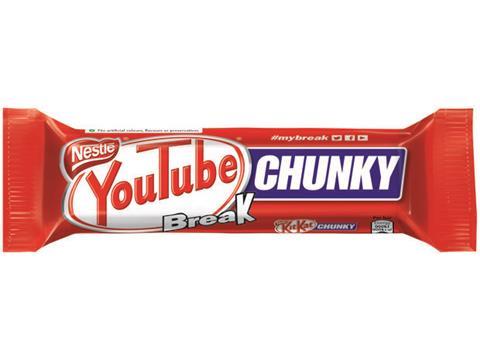 No-one likes it when their mum or dad tries to be ‘cool’.

My 12-year-old is horrified if I talk video games with his mates, never mind that I was playing first-person shooters before they were born (Thank you, Wolfenstein and Doom). And if I even say hello to my 16-year-old daughter’s friends, from her reaction you’d think I’d just mooned them (Which I have never done, honest).

I can’t help but feel there’s a touch of ‘embarrassing dad’ about Nestlé’s latest tie-up with Google – replacing the word ‘KitKat’ on 600,000 bars with the word ‘YouTube’. Unlike the confectioner’s inspired 2013 activity – in which version 4.4 of Google’s Android operating system was renamed KitKat – this seems a bit obvious (‘Look at me, I may be an 80-year-old brand but I know people watch videos on the internet’.)

Nestlé also doesn’t do much for its street cred (am I showing my age again?) with comments such as: “The campaign is based on the consumer insight that KitKat consumers are also YouTube fans”. You don’t say.

And I’m not convinced by Nestlé’s stated motivation: “to encourage people to make the most out of their down time”. I reckon a lot of people would object to the suggestion that – popular as the activity is - watching videos of kittens falling into fish tanks is the best use of anyone’s down time.

Having firmly established I’m a miserable old duffer, I asked branding and marketing experts for their take on the activity – and Nestlé will be delighted to read that there were almost universally more positive than me.

“This will get more people talking about and thinking about the KitKat brand, and is an inspired way to reinforce both brands’ link to having a break, with both fulfilling a clear role,” says Claire Nuttall, founder of The Brand Incubator.

And Pi Global owner Don Williams suggests: “Great branding is primarily about making connections that consumers ‘get’, but crucially these connections have to be relevant to the brand proposition. Google and Nestle have simply put these two principles together and created a limited-edition that makes perfect sense for KitKat, which also shares the same colour equities as YouTube.”

There is a word of warning from BrandOpus executive creative director Paul Taylor, who says he admires the way KitKat is trying to adapt to digital and social media trends. “KitKat is iconic enough and has the ability to change its brand name to a different piece of communication, but a campaign like this can only be sustainable for around six months,” he adds. “Any longer and this could be seriously damaging to KitKat’s long term brand identity and strategy.”

I’m not totally down on the campaign. The use of Google’s voice search technology - with users who ask their smartphone to search for “KitKat YouTube my break” being sent to a KitKat video and a playlist of trending videos – is fun. The first time, at least.

And no-one would deny the value in tapping a medium that – in my household, at least – gets more attention from younger viewers than traditional TV. I just wish a bit of the magic that prompted Android KitKat had been brought into play here.

You’ll have to excuse me now – I’m off to tell a bunch of 16-year-olds how much I like Taylor Swift.