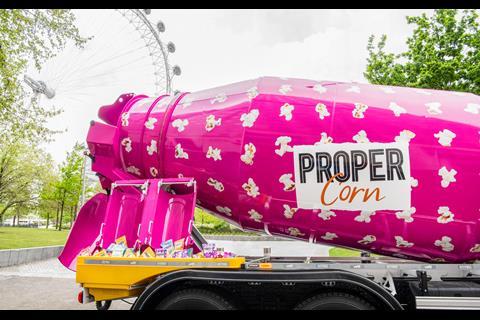 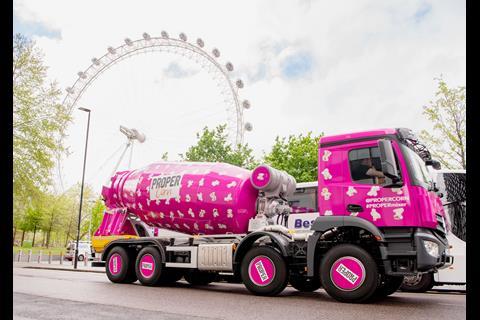 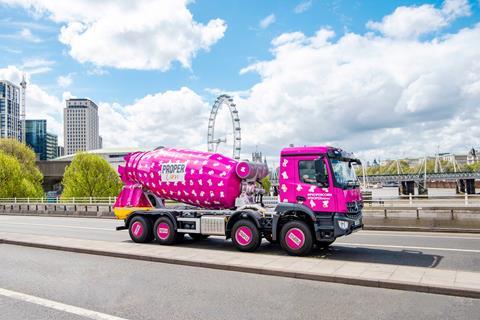 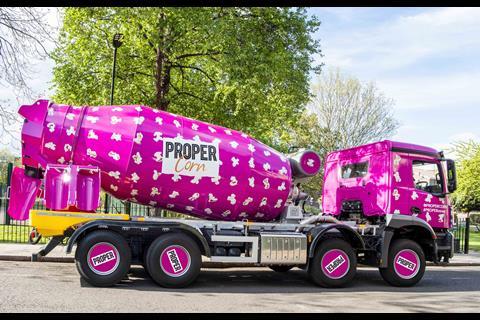 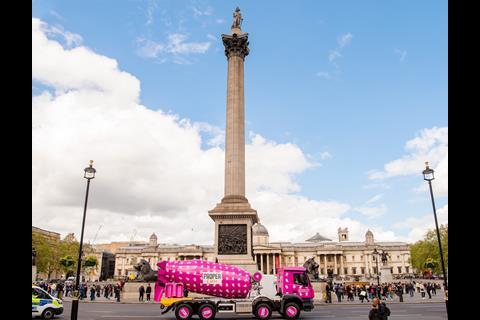 Propercorn has set off on a road trip to showcase its eight variants of popcorn.

A 33ft-long cement mixer is on a 500-mile promotional tour of England. Called the Propermixer, it is a nod to the repurposed cement mixer brand co-founder Cassandra Stavrou once used to tumble batches of popcorn in her mother’s kitchen – having used a car spraying kit in to coat them with oil.

The pink vehicle began its journey today (30 April) in London and will visit Leeds, Manchester and Birmingham, handing out about 150,000 sample packs.

Propercorn has also launched a digital push – its biggest ever, it said – to encourage users of Instagram and Facebook to share pictures of the Propermixer spotted on route.

The cement mixer had “become a real emblem for Propercorn and of the resourceful and creative approach we’ve taken since day one” Stavrou said. “We couldn’t think of a better way to celebrate our team’s different way of thinking and continued passion for popcorn than with a nationwide road trip in the Propermixer.”