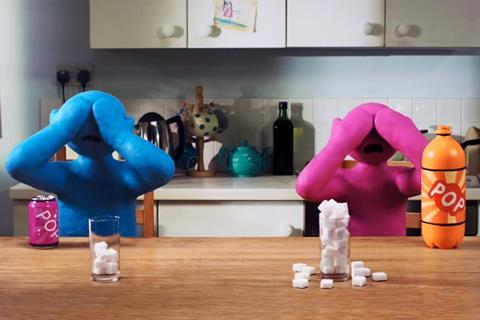 The annual Change 4 Life January blitz has been run by Public Health England for 11 years. Aiming to encourage healthier diets, it was a key plank in the Labour Party’s Change 4 Life programme, the first national social marketing campaign to tackle obesity, which has become well-known for its use of Aardman-created cartoon characters to get health messages across, as it tackled issues from 5 a day uptake, to salt and sugar reduction.

The campaign has attracted criticism on both sides: health campaigners have criticised the programme for being too weak and called for the government to launch a cigarette-style “shock” campaign to tackle obesity. Meanwhile leading food and drink companies were equally unhappy after the coalition government slashed the £75m a year advertising budget and asked the industry to pay for the programme instead.

It has also come under fire for its attacks on the industry, including its single-minded focus on sugar.

It was also heavily criticised after launching A Sugar Smart barcode in 2016 to accompany the January campaign, enabling shoppers to scan products to check their sugar content, The barcode, which was heavily downloaded, was exposed by The Grocer as being riddled with errors and inconsistencies.

Will Change 4 Life get a much-needed reboot or be axed entirely?

However, last year it persuaded Nestlé, Asda and Aldi to take part in a campaign highlighting how the average child has already exceeded the maximum recommended sugar intake for an 18-year-old by the time they reach their 10th birthday, as it introduced a new Good Choice Logo to accompany products in the campaign, which it said it was looking to roll out more widely.

The decision not to hold a campaign in January comes amid speculation over how the government will tackle obesity. PM Johnson has hit out at the government’s previous approach, including so called “sin taxes”.

One campaign source said: “Public health policy has hardly got a mention since Boris Johnson became PM, despite all the attention given to the NHS.

“We are hoping this doesn’t mean he plans to row back on the commitments of the previous governments to tackle the obesity crisis.”

A spokesman for PHE said: “Change 4 Life will be happening later in the year this year but we don’t have a firm date yet.”