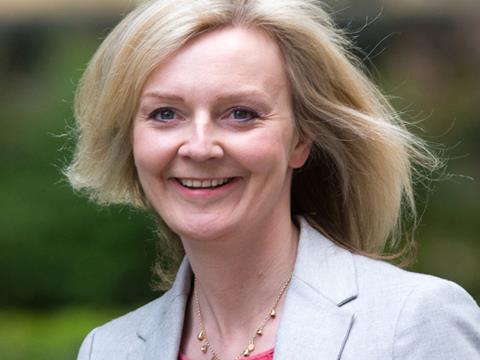 “From Weetabix to Rwanda, Cadbury chocolate fingers to the Bahamas and Yorkshire Tea to China, famous British brands are taking on the world.”

That was the bold claim made by environment secretary Liz Truss this week, as she officially launched the government’s much-vaunted Great British Food Unit.

Her vow to take on the world was slightly reminiscent of “The British are coming” speech – made by late film producer Colin Welland – when Chariots of Fire won the best picture Oscar in 1982. Much like the British film industry since those halcyon days, our food sector has often lagged behind many of its rivals on the international stage.

Speaking at the official launch of the unit on Wednesday at Weetabix’s UK HQ in Northamptonshire, Truss pledged to change that view, and told the great and the good of the food industry the government would back food companies to boost exports and help generate 5,000 extra jobs in food manufacturing.

It aims to help more entrepreneurs start exporting for the first time, secure and maintain access for UK meat and dairy products into new markets such as China, Africa and South America, treble the number of apprenticeships in the sector and increase protected food names from 64 to 200 before the end of the decade.

This would contribute to Defra’s target of increasing manufactured food exports by a third to £6bn by 2020, and help increase the amount of foreign direct investment in UK food companies (which stood at a record £60bn in 2014) to an even higher level.

Truss can count on some of the biggest names in the British food sector to support her latest pet project, with the likes of the FDF and Arla both offering kind words yesterday, while Weetabix also used the event to reaffirm a pledge originally made in 2010 to source all of its wheat from local farmers – which, given the current positive outlook for the British wheat crop, with good quality wheat yielding well – looks like a well-timed call.

But while Truss’ vision is to be applauded, detail is just as thin on the ground as it was when The Grocer first reported on the Great British Food Unit last November.

We don’t yet know how much its budget will be, where it will be based, who will staff it, and how staff will be deployed. And many industry commentators remain sceptical over the effectiveness of the unit, and whether it will have the requisite financial muscle to satisfy the needs of an industry that is increasingly looking at international opportunities, not to mention Truss’ long-held ambition to turn the UK into an export powerhouse.

One industry insider claimed the government’s latest food campaign was little more than a “rearranging of deckchairs on the Titanic”, when the Great British Food Unit was first announced in George Osborne’s autumn statement, and in this age of public sector cuts, Defra’s biggest challenge could be to ensure this ambitious project doesn’t sink under the weight of expectation.