Walkers Crisps could do more to capitalise on Leicester's astonishing feat 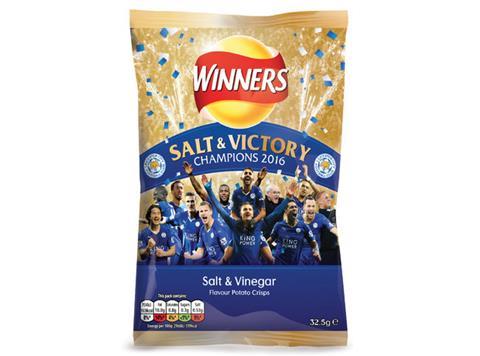 Walkers Crisps are synonymous with Leicester. So it was no surprise it sought to capitalise on its home team’s astonishing feat in winning the Premier League this week. Thousands of Leicester residents are now set to receive a free bag of limited edition ‘Salt & Victory’ crisps while Walkers continues to riff on the prospect of Gary Lineker on MOTD in his kacks.

But do us a flavour! Couldn’t the snacks giant have gone further to mark LCFC’s triumph? Even diehard United, Arsenal or Chelsea fans could not begrudge Leicester’s achievement. So why not capitalise further with a Blue Leicester & Onion variant? Ex-Walkers boss (and Football Association CEO) Martin Glenn’s suggested Salt & Vardy. And how about a new range altogether (to pep up sales) called Champions?

In fact it was Captain Morgan who captured the mood best, slapping the Foxes’ Jamaican captain, Wes Morgan, on its label in place of the usual corsair character. Other brands could join in. How come Danny Drinkwater’s not on Evian bottles? Where are the Mark Schwarzer herbs and spices? And what about a Mahrez bar?