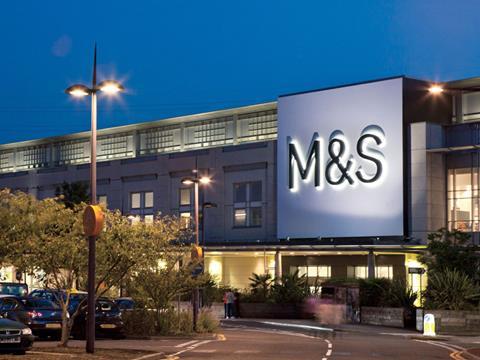 For decades Marks & Spencer (MKS) has been a bellwether of the UK high street, and this week was no different as it reflected the malaise across the industry with its latest downbeat message.

In a statement that felt perennial, top team Archie Norman and Steve Rowe called for “significant change” as it reported a further decline in first-half food and clothing sales.

The high street stalwart said it was “facing the facts” as it continued to transform the business, but its despondency was echoed on the markets as it shares slipped 1.1% to 299.1p on Wednesday.

After Norman’s frank assessment of a ‘burning platform’, Shore Capital analyst Clive Black said investors would be hoping its recent recruitment drive “represents the arrival of the fire brigade.”

Elsewhere, the markets reacted more positively to Sainsbury’s half-year as underlying profits soared 20% on the back of its Argos acquisition.

Mike Coupe heralded Sainsbury’s “high-quality and great-value food” for its sales rise, adding that its completion of Argos synergies ahead of schedule rounded off a “solid half”.

Meanwhile, fellow big four player Morrisons faltered despite recording a 5.6% rise in like-for-like group sales for the quarter. However, the market reacted badly to a slowdown in core retail sales, which grew only 1.3% compared with a 2.5% increase in the second quarter. Shares dropped 4% in trading on Tuesday, and remained 3.2% down for the week at 248.6p.