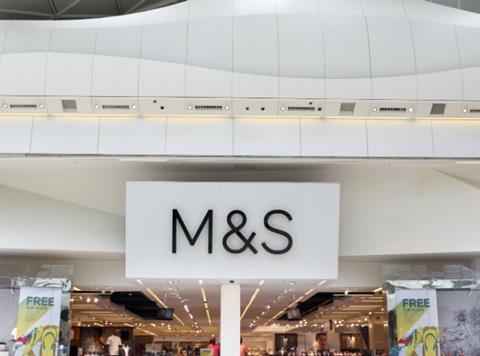 M&S is looking to install toy and optician concession stands into its stores nationwide as part of its five-year rejuvenation plan.

The retailer is considering expanding its offering to fill the gap in the market left by the collapse of Toys R Us after it went into administration in February. It currently stocks a small selection of toys marketed as gifts, but this concession means it will be stocking a much wider variety of everyday items from major brands.

In addition, M&S is trialling optician concessions at five of its stores - Bolton, Derby, London’s Westfield White City, Manchester and York - which is “expected to begin over the summer”, according to M&S. This concession, run by Galaxy Optical Services, could be rolled out nationally if successful. This concession involves selling glasses, contact lenses and eyecare items, as well as eye tests.

This follows the implementation of Wasabi concessions into M&S Foodhalls - an initiative introduced into five branches, which began its rollout in October 2017.

These potential concessions come hand in hand with a number of changes M&S has made in recent months to reshape the business. These include scrapping its own brand baby food range in April in favour of introducing Ella’s Kitchen, as well as a senior management cull and food supply chain revamp to address poor availability, which has already seen its executive director of customer, marketing and M&S.com, Patrick Bousquet-Chavanne, resign and Craig Taylor taking up the role of head of operations, food supply chain from September.

“As part of our transformation plan we’re adapting our UK store estate to better appeal to our existing customers and attract new ones,” an M&S spokeswoman said. “One way we’re repositioning space is welcoming concessions into M&S stores. We’re already running a trial with Wasabi in our foodhalls and now we’re extending this programme with a five-store trial of M&S opticians. Working with Galaxy Optician Services, we’ll be carefully monitoring the trial and we look forward to hearing our customers’ feedback.”