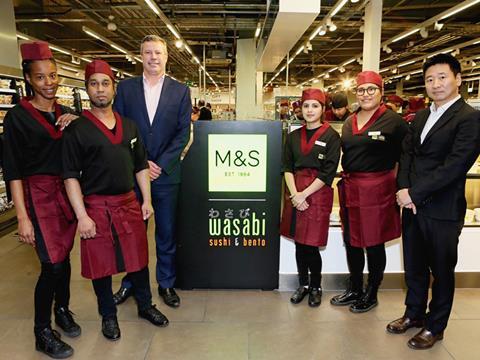 The counter in M&S Westfield, Stratford, opened on Tuesday

The counter, which opened up to the public on Tuesday, sells a mix of raw sushi and hot meals including the Rainbow and Harmony Sushi Box Sets and Chicken Katsu Curry Rice.

M&S first announced its trial with Wasabi in August in a bid to catch up with rivals’ efforts in the sushi department.