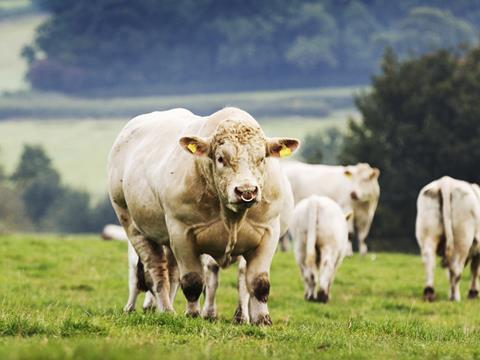 The British Charolais Cattle Society is planning to relaunch the breed as a consumer-facing brand.

The breed currently had a market share of about 13%, said the society’s CEO Peter Phythian. However, many consumers were not even aware they were eating it, as it suffered in terms of recognition compared with Aberdeen and Hereford beef, he added.

The society was in discussions with retailers, foodservice operators, finishers and processors over plans to increase recognition of the breed, with the ultimate aim of creating a Charolais brand, Phythian said.

“We’re also improving the genomics of the breed, which will lead to faster-growing and more efficient cattle.”