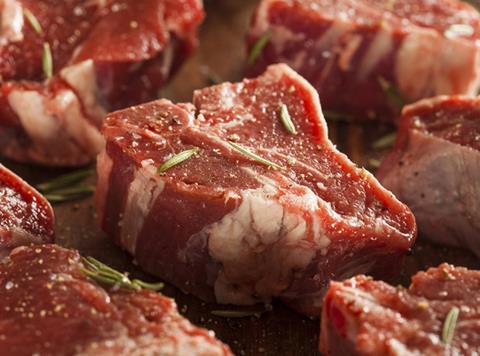 A tax on all meat would represent “too blunt a policy tool”, according to the findings of an expert ‘jury’ convened by the Food Ethics Council.

Experts suggested policymakers should instead look at imposing a tax to shift people away from ultra-processed food to improve public health, at the think tank’s event ‘Food policy on trial: In the dock – meat tax’, held last week in London.

The UK government should also respond to the climate emergency and the biodiversity crisis with fiscal measures to incentivise climate-friendly livestock production, and penalise those that contributed to global warming, they added.

It follows regular calls for a meat tax in the UK to tackle the threat of climate change and health problems such as heart disease, stroke and diabetes.

The most recent intervention, by scientists at Oxford University last November, suggested a tax could prevent almost 6,000 deaths a year in the UK. However, critics have suggested the debate has been skewed by biased researchers with vegan and anti-meat leanings.

The event heard evidence from four expert witnesses, who were questioned by an FEC jury that included freelance writer and philosopher Julian Baggini and Soil Association CEO Helen Browning.

Professor Mike Rayner of the University of Oxford strongly argued the case that a meat tax was necessary and inevitable, and a natural step on from the Soft Drinks Industry Levy.

However, NFU vice president Stuart Roberts and Richard Young, of the Sustainable Food Trust, both challenged the idea. Young highlighted the environmental benefits that grazing livestock can bring.

Comment: Veganism was behind the ‘meat tax’ hype – so what happened to critical thinking?

Meanwhile, Jody Harris of the Institute of Development Studies gave evidence of the negative health impacts of consuming processed and ultra-processed meat, which include higher mortality rates and especially cardio-vascular disease.

There was broad consensus in the room about the need for urgent action to overhaul the food sector, but without a knee-jerk reaction that risked unintended consequences.

And while the majority of the audience felt that a nuanced meat tax might work, the jury felt it would have to be within a broader framework tackling health and environmental issues, said the FEC.

“We shouldn’t lump all meat into the same basket, which is why a blunt tax on meat won’t work,” said Food Ethics Council executive director Dan Crossley.

To mitigate the impacts of such a tax on those likely to be worst affected, the jury proposed ringfencing any revenue towards two main areas. Firstly, to help everyone, including those on low incomes, to eat healthier diets in a dignified way. Secondly, to support farmers and food producers to transition towards healthy, sustainable food and farming systems.

“Whatever happens with Brexit, we must get on with transforming our food system,” added Crossley. “We urgently need interventions that can put livestock farming and the food we eat in the UK on to a healthy, sustainable footing. More food policy ideas need to be put on trial. Only by having a respectful dialogue about these critical issues can we make the urgent progress we need.”