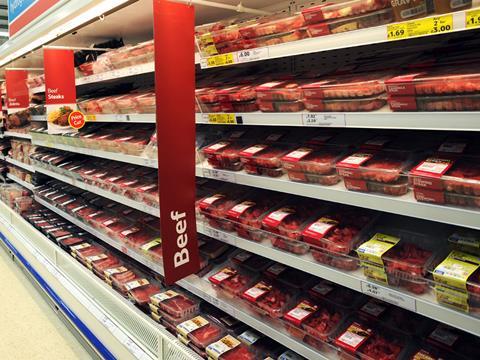 Calls by think tank Chatham House for a ‘meat tax’ to tackle global warming have been blasted as unworkable by the meat industry.

Chatham House called for the tax in a report published this week, which concluded meat was a major driver of climate change and government intervention to cut consumption was vital.

In addition to a direct tax on meat, the report urged governments to reduce the amount of meat served in hospitals and schools and remove livestock subsidies.

Industry leaders dismissed the Chatham report as “simplistic” and warned a meat tax would never work.

Stephen Rossides, director of the British Meat Processors Association, said it was “surprising and disappointing” to see the “fatuous ‘eat less meat to save the world’ polemic” repeated by such a respected organisation.

He claimed calls for a meat tax were “misguided” and pointed to Denmark’s abandoned fat tax as an example of why governments shouldn’t intervene on food prices.

“There were perverse, regressive and unintended impacts and the scheme was quickly dropped by an embarrassed government.”

Andy Hutson, corporate affairs manager for AHDB Beef & Lamb, said a meat tax was “not realistic” and would only drive social inequality.

“It could fuel a social divide where poorer families could be priced out of the consumer market, while opening that market to more imports from global competitors.”

Even campaigners were muted in their response. WWF UK food sustainability adviser Nick Hughes warned the impact of a meat tax would have to be “carefully considered” prior to implementation. “WWF has shown a move to more plant-based diets can help save money, so there is already a financial incentive in place.”