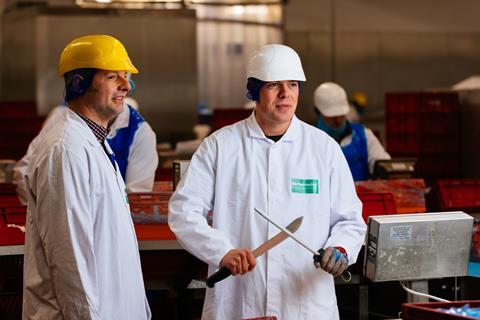 The Derby-based business – which normally supplies meat into hotels, pubs, restaurants and caterers across the UK – was also in “constant dialogue” with key supermarkets and their supply chains on the issue of meat sourcing, it said.

The company began supplying product into Central England Co-op stores this week, while The Grocer can also reveal the fresh meat supplier has opened a pop-up store to sell meat directly to the public in Derby, with a second due to open tomorrow (25 March) in Cheadle, Manchester.

The move follows prime minister Boris Johnson’s announcement last night of stricter curbs on the movement of the public – including a ban on public gatherings of more than two people – and comes amid a collapse in demand for foodservice suppliers as the UK enters a period of de facto lockdown to tackle the coronavirus crisis.

For a minimum order of £50, the online delivery service is available to customers within the M25, as far east as Colchester and Southend, and as far south as Brighton. Products available range from restaurant-quality dry-aged beef, minced beef, diced beef and chicken breast fillets, plus packs of pork loin steaks and back bacon.

Fairfax Meadow’s switch to a consumer-facing business model had been undertaken in less than a week and was made possible by its “wide logistical reach” and due to the dedication of its team, which had “stepped up to deliver and act fast”, said MD Penny Tomlinson.

Coronavirus: meat sector calls for staff canteens to be exempt from closure

The supplier had deployed its “team, resources and passion” into launching an online service that could offer the general public access to “high-quality meat products they sadly can’t currently experience out of the home”, she told The Grocer.

“We are delighted we can support the country in this initiative of quality product being delivered to your door.”

While in discussions with other retailers, the wholesaler had already allowed one to use the footprint at its central site in Milton Keynes to decant and re-box products to speed up the supply chain into the retail channel, Tomlinson said.

“In addition, we are working with retail suppliers to deploy some of our staff across their production and logistics facilities across the UK, to support their supply chains whilst under this unprecedented demand.”

It had also made a donation to a local charity, Doorways Derby, supporting vulnerable people, Tomlinson said. “The charity was struggling to get donations to feed local people and we were happy to help.”