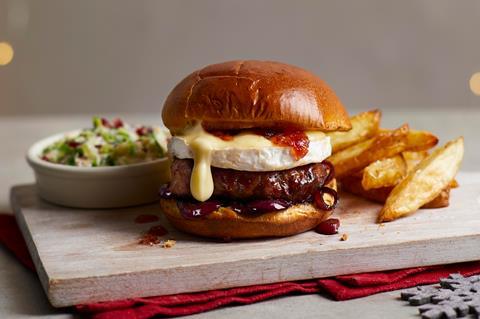 The deals are worth almost £2m to the business. It will launch UK-wide with Gousto on 27 November with more than 20,000 Christmas venison & camembert burgers – made from sustainable, wild Scottish venison – which will be available for a two-week period.

Highland Game said it had also agreed a further contract with Gousto to supply venison steaks in the week before Christmas. The supply agreement is the first time the company has worked with a recipe box or meal delivery provider.

The company would also increase supply of its venison fillets, steaks, diced meat, burgers and sausages to its UK wholesale partners, it added. It said the move would “meet a surge in demand for the low fat, lean source of protein”.

The announcement follows an agreement to increase distribution of its products with retail partners Tesco and Morrisons in September, worth over £1m to the company.

“Alongside our partners in wholesale, foodservice, retail and export, we’ve been working hard to widen appeal for venison and raise awareness of this healthy, sustainable meat protein,” said Highland Game MD and founder Christian Nissen.

“It’s our vision to make venison available the length and breadth of the UK, and now – thanks to these increased supply deals – consumers can easily get venison online, at wholesale or in retail from Lerwick to Land’s End.”

Ten years ago, roughly 95% of Highland Game’s domestically produced venison was exported overseas, with the rest sold through select butchers and delicatessens. However, some 75% of the supplier’s produce was now sold domestically to key retailers and wholesalers, Nissen added.

“The current business climate is a difficult one, including the ongoing lack of clarity over future UK trading arrangements,” he said. “External uncertainty of any type is always hard for business. However, over the past few years we’ve worked with our public and private sector partners to develop the UK market for venison and increase awareness and demand for this sustainable product.”