Ikea shows balls on the future of meat 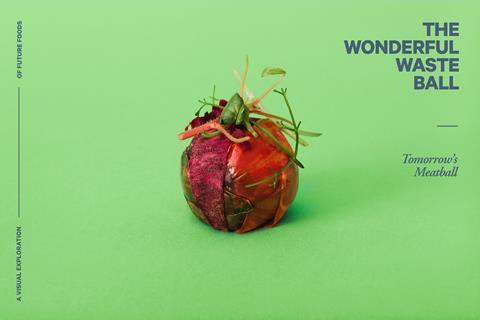 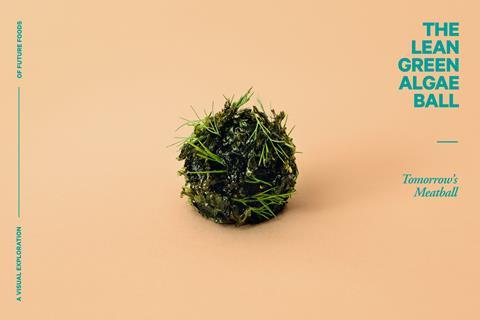 Algae are super nutritious, easily scalable and can be grown anywhere – the perfect attributes for this Lean Green Algae Ball 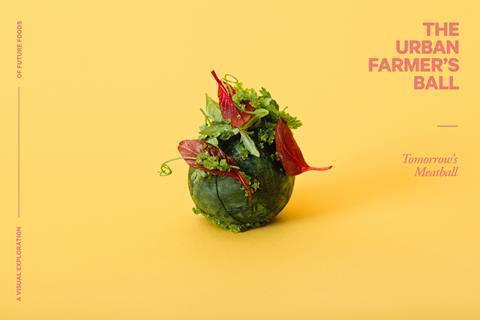 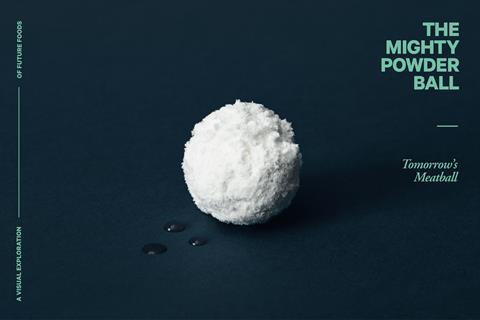 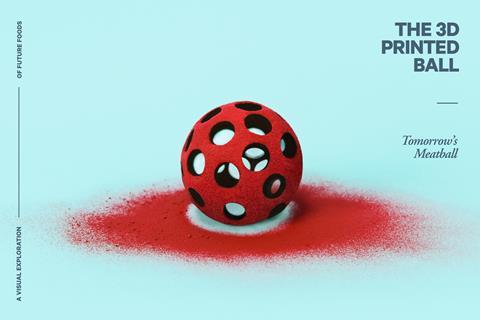 “3D food printing has the potential to save the environment, while revolutionizing food production, converting alternative ingredients such as proteins from algae, beet leaves, or insects into delicious meals,” says Space10 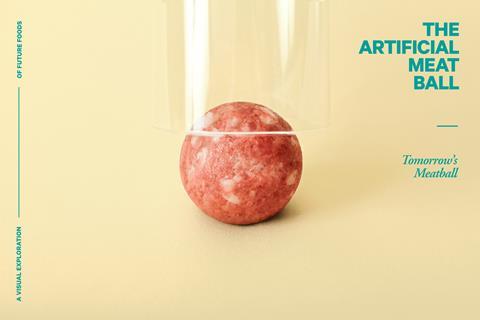 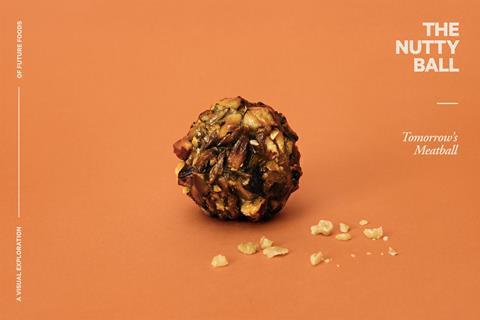 The Nutty Ball is made with grains, nuts and legumes 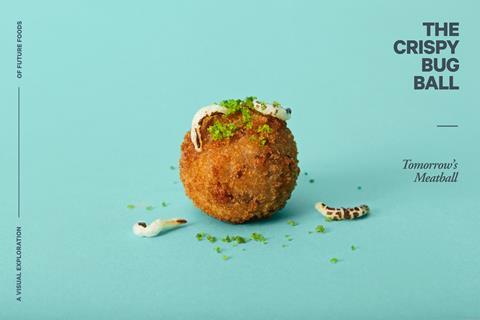 It’s a subject that’s receiving a lot of attention at the moment, with the latest contribution to the debate coming courtesy of… Ikea.

In an eye-catching report – called Tomorrow’s Meatball – put together by its Space10 research lab in Copenhagen, the furniture chain explores how changing food trends will shape its famous meatballs over the next 20 years. Enter the ‘crispy bug ball’ made with insect protein; the ‘lean green algae ball’; the ‘nutty ball’ full of grains and legumes; and even 3D-printed balls and meatballs containing lab-grown meat.

“Like it or not, meat-eating and our increasing demand for food is becoming a problem for everyone on the planet,” the Space10 report warns. That’s why there’s a need to explore “alternative ingredients, technological innovations and uncharted gastronomic territories that we need to consider to combat our unsustainable appetite for meat and the explosive demand for more food in the future”.

Tomorrow’s Meatball (accompanied by gorgeous visuals) is a timely read given the COP21 climate change talks taking place in Paris.

These have put the impact of meat (and, to a lesser extent, dairy) production on the environment firmly in the spotlight. Though the official negotiations have so far been curiously light on considerations about diet, livestock and its role in climate change are being debated at several fringe events in Paris, and a slew of celebrities have used the talks as a cue to hold forth on their plant-based lifestyles.

Paul McCartney had his say, as you’d expect, telling the world that “less meat = less heat”, while Hollywood director James Cameron has urged the British public to go vegan to save the planet (though why someone in charge of multi-gazillion-dollar blockbuster productions is in a position to lecture the rest of us on how we waste resources is quite another matter).

Somewhat less expectedly, human meat mountain Arnold Schwarzenegger has also waded in on the debate with a call for part-time vegetarianism – and the all-important assurance to bodybuilders everywhere that it’s perfectly possible to fuel your gains with plant-based protein.

Such statements are easy to dismiss as a bit of opportunistic celebrity posturing, but they come at a time when the meat industry is facing tough reputational challenges from multiple angles. In addition to climate concerns (amplified here in the UK recently by a high-profile publication from think-tank Chatham House), there’s the WHO ‘bacon cancer’ report that sent sales tumbling, the Leonardo DiCaprio-produced Cowspiracy documentary, and warnings about an ‘antibiotics apocalypse’ brought about by excessive drug use by livestock producers. Oh, and the three-year anniversary of Horsegate is just around the corner – and will provide yet more reason to ask tough questions about meat.

In responding to these challenges, the meat industry has to date been largely reactive – and curiously timid. Carefully argued analyses about the carbon footprint of various meat sectors are a worthy contribution to the academic debate, but they are decidedly blunt tools when it comes to capturing the hearts and minds of consumers.

Which brings us back to the Ikea meatball report. A bit of glossy fluff, along the lines of those celebrity plant fans, you could argue. But I think it’s a great example of how a complex subject can be tackled in an engaging, fun way, and it can offer important lessons for industry. Come on, meat world – don’t allow yourself to be upstaged by a furniture chain on the future of meat! Don’t bin those academic research projects, but invest some time and resources in making them compelling for consumers too.