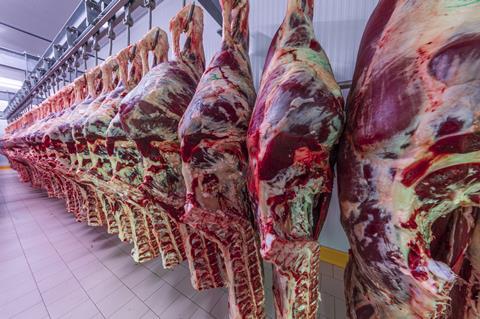 Suppliers are looking to safeguard future export orders to the EU

UK meat suppliers will start losing EU orders from September, unless the government clarifies what export and tariff arrangements will be in place after the end of the Brexit transition period, the British Meat Processors Association has warned.

With the government last week formally notifying the bloc it would “neither accept nor seek any extension to the transition period” beyond 31 December, time was now running out to safeguard future export orders, the BMPA said.

Orders, particularly from European retailers, were planned three to four months in advance to allow for pricing, barcoding and any promotions that need to go on the packaging, said BMPA CEO Nick Allen.

But despite the government confirming last week it would adopt a phased introduction to border controls for EU imports into the UK, no assurances had yet been given to those looking to export from the UK to the EU, he pointed out.

“There is a worrying lack of information coming out of government on the crucial issues of formal approval of the UK to export meat products to the EU and the approval of our meat plants,” Allen warned.

“If this process is delayed till the autumn there will be huge uncertainty about our status from 1 January and UK exporters will not be able to agree forward contracts.”

There were also “deep concerns” over the provision of an army of extra veterinary inspectors that would be required by law as soon as the transition period ended, he pointed out.

“These additional vets will need to sign-off consignments of EU bound meat products. Currently nobody is taking responsibility for these issues and a lack of certainty could see export orders grind to a halt.”

Until now, suppliers only needed an invoice to ship goods to the EU. But after the transition period ends, there will be a whole new set of export health certificates and ID markings required to trade with the EU – none of which have been addressed yet.

To compound the problem, “our EU customers may well be saddled with tariffs of up to 40% on UK meat exports”, Allen said.

“If these arrangements are not in place soon, our long time EU customers will be confronted with multiple risks which they won’t be prepared to take,” he added, and would look elsewhere.

“Without knowing what the price will be or even if they’ll be allowed to bring particular goods into the country, committing to any orders or supply contracts that extend after 31 December will make no sense whatsoever to EU buyers or, indeed, customers elsewhere in the world.”

A Defra spokeswoman said the government was “determined to negotiate positive trade agreements for farmers across the UK”, and “had been clear” it would ensure in any trade agreement that British farmers were always able to compete.

“We will safeguard our agriculture sector – and have already announced a tariff policy which maintains tariffs on key agricultural products such as lamb, beef, and poultry.”