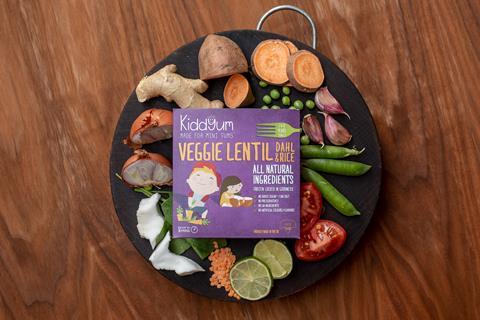 Kiddyum will use part of the investment for NPD, adding to its six-strong frozen ready meal range for children

Albert Bartlett has acquired a 40% stake in children’s frozen food supplier Kiddyum for an undisclosed amount.

The potato specialist’s investment will be used to support Kiddyum’s next stage of growth, funding NPD and accelerating its retail, service sector and export business.

There were currently no plans to acquire a further stake in Kiddyum a spokeswoman said.

Kiddyum launched in 2015 within Sainsbury’s stores after winning a StartUp Britan competition. Its range is made with British meat and dairy and MSC-certified fish, contains no added salt or sugar and is now also listed nationwide by Co-op and Ocado.

Albert Bartlett’s MD Richard Quinn, who will work alongside Kiddyum’s founder Jayne Hynes to guide the business, said: “Kiddyum has been quietly spearheading a revolution in the children’s frozen food category and we’re excited to help drive the business to the next level and extend coverage.

“We’re a fantastic fit, as quality ingredients and a passion for helping children eat well are at the heart of both businesses’ DNA.”

He added: “We’ve come on board at a really exciting time in Kiddyum’s growth, and will work together to capitalise on increased consumer demand for healthy frozen foods.”

Hynes said the backing of a “large, successful business” such as Albert Bartlett would allow Kiddyum to reach “even more parents looking for a genuinely healthy alternative to home cooking”.