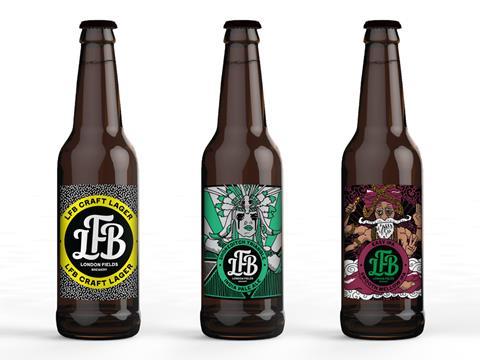 The brand, whose beers include Craft Lager, Easy IPA and Shoreditch Triangle IPA, will be run as a joint venture (JV) between Carlsberg and Brooklyn Brewery.

Carlsberg plans to re-introduce brewing at London Fields’ original east London site, its beers having been brewed by a third party “brewing partner” over recent years.

“The range of beers, their eye-catching artwork and the great location of the brewery in Hackney makes for a fantastic platform,” added Brooklyn Brewery CEO Eric Ottaway.

London Field’s previous owner, Julian DeVere Whiteway-Wilkison has exited the business, having put it up for sale in Spring 2016. He is currently on trial, accused of being knowingly concerned in the fraudulent evasion of tax and cheating the public revenue, which he denies.