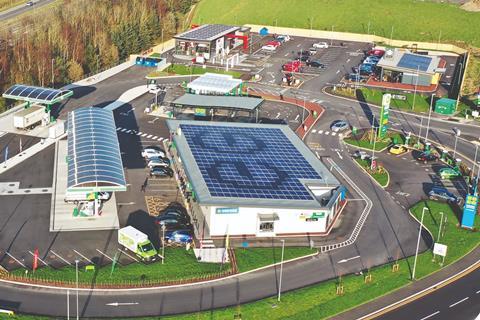 The Issa Brothers £6.8bn takeover of Asda risks leading to higher petrol prices in dozens of areas across the UK, the competition authorities have found.

The Competition & Markets Authority has given the brothers and private equity firm TDR Capital five days to offer “binding proposals” to tackle its concerns, which could include agreements to sell off some of its forecourts.

However, in today’s Phase 1 ruling the watchdog said the takeover did not give rise to fears of a serious lessening of competition on a national level. The intervention looks highly unlikely to scupper the deal, as the CMA did the proposed merger between Asda and Sainsbury’s almost two years ago.

The authority said a Phase 2 investigation would not take place if the buyers could come up with a “clear cut solution”.

The takeover, through the jointly owned company Bellis, would see the EG Group owners, who operate 395 petrol stations in the UK, take ownership of 323 Asda stores.

The investigation focused on the overlap between many of Asda and EG’s petrol stations.

The CMA found the deal raised local competition concerns in relation to the supply of road fuel in 36 areas across the UK and the supply of a specific type of fuel – called auto-LPG – in the Aberdeen area. It raised concerns the merger could lead to higher prices for motorists in those locations.

However, the watchdog said it did not believe Asda would end its current strategy of being a price leader on fuel, despite the crossover with the forecourt empire.

“The benefits to the Asda brand of maintaining Asda’s current pricing strategy are likely to outweigh these costs,” it said.

“Asda is generally perceived as a value-led retailer and a price leader. Its brand and reputation could be affected if the merged entity were to abandon Asda’s current pricing strategy in road fuel.”

Joel Bamford, senior director of mergers, said: “Our job is to protect consumers by making sure there continues to be strong competition between petrol stations, which leads to lower prices at the pump.

“These are two key players in the market, and it’s important that we thoroughly analyse the deal to make sure that people don’t end up paying over the odds.

“Right now, we’re concerned the merger could lead to higher prices for motorists in certain parts of the UK. However, if the companies can provide a clear cut solution to address our concerns, we won’t carry out an in-depth Phase 2 investigation.”

The Issas now have five working days to offer legally binding proposals to the CMA to address the concerns identified.

The CMA then has a further five working days to consider whether to accept any offer instead of referring the case to a phase 2 investigation.

A spokesman for the Issa brothers and TDR Capital said: “We will be working constructively with the CMA over the course of the next 10 days in order to arrive at a satisfactory outcome for all parties within Phase 1.

“This would provide welcome certainty for our colleagues, suppliers and customers, and allow us to move forward with our exciting plans for investment and growth at Asda.”

In a recent interview with The Grocer, Asda CEO Roger Burnley vowed the deal would not lead to higher prices at the pumps.

“I can’t comment too much with the CMA investigation ongoing, but we’re absolutely clear that fuel prices and value in fuel, just like value in our stores, is an important part of Asda,” he said. “Our new owners are very clear on that and it won’t change.”

The billionaire Issa brothers “completed” their acquisition of Asda, barring the CMA’s approval, in February, after two decades of Walmart ownership.

The EG Group owners announced in October they had agreed a deal to acquire a majority stake, with Walmart retaining a minority share.